Where there is a capacitor, there is an inductor.

When it comes to choosing the best components for a given application, it can be said that capacitors are more concerned than other types of passive components. However, there is usually an inductor where there is a capacitor. The reason is that in order to make the electrical system work normally, the electrostatic characteristics of the capacitor and the electromagnetic characteristics of the inductor are usually used.

The latest advances in ferrite cores and metal composite inductors now provide designers with more choices and more power to optimize the performance, reliability, and cost of their circuits.

When a voltage is applied across the inductor, the rate of current rise is related to the voltage and inductance value. A 1V potential on a Henry (1H) inductor will increase the current at a rate of 1A per second. The formula applicable here is: V = L * di / dt.

Unlike resistors, the electrical energy associated with induced currents is not dissipated as heat, but is stored in the associated magnetic field. When the inductor current is interrupted, it returns to the circuit.

When circuit designers try to squeeze more functionality into smaller and smaller spaces or increase power density, inductors are needed to provide high inductance values ​​with smaller component sizes. At the same time, in order to avoid power loss and efficiency reduction, harmful parasitic effects such as DC resistance (DCR) must be minimized, and the parameters should be kept relatively stable across temperature changes and the entire operating current range. Improved core material properties allow inductor manufacturers to meet these requirements.

As with any engineering challenge, optimizing the core material properties involves compromises, which, while improving performance in some areas, require trade-offs in others. Although the industry has developed new core material technologies, such as sintered metal powder cores, the advantages offered by traditional ferrite cores will continue to be attractive. As manufacturers find new ways to optimize device characteristics and more tightly control parameters through finer manufacturing tolerances, ferrite core inductors are constantly evolving and improving.

In order to significantly reduce the DCR and core losses associated with Mn-Zn ferrite inductors, KEMET has created a new type of inductor called an assembled ferrite. They consist of two parts of a magnetic core and a straight terminal flat wire, as shown in Figure 1. These devices combine the large inductance and high efficiency advantages of Mn-Zn inductors with low DCR and low iron loss.

This structure enables the emergence of vertical directional inductors, such as the TPI series with a width of only 6.0mm. This device is 2.0mm smaller than traditional inductors, which can save a lot of space in high-power applications. For example, a CPU point-of-load (POL) converter needs to use multiple inductors for DC optimization in the area between POL and CPU pins. . Although the space near the device has become extremely limited, it is best to place the inductor close to the pins to minimize dc line losses. Four ultra-thin TPI inductors can be placed in the same PCB area as three conventional inductors.

In addition, the magnetic core material with high magnetic permeability can reduce the DCR of the inductor, so its self-heating is reduced when working under large current. This can not only improve system efficiency, but also reduce dependence on thermal management devices such as heat sinks (Table 1). 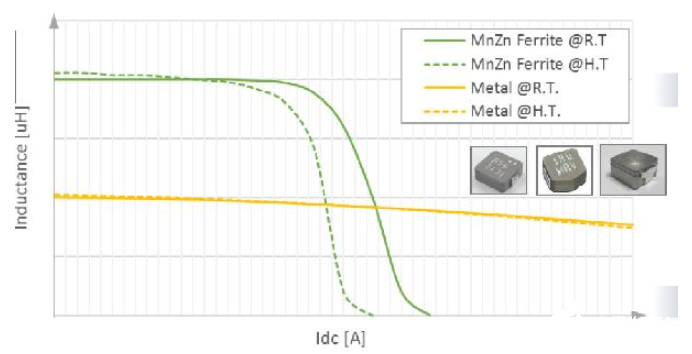 Figure 2: Comparison of saturation current and temperature stability of ferrite and metal composites.

GEM Electronics recently introduced a new METCOM inductor series, which includes more than 100 devices with inductance values from 0.10µH to 47.00µH and DCR values as low as 1.5mΩ. These inductors can operate in the temperature range of -55 ° C to + 155 ° C, and the package size is as small as 5.3mm × 5.00mm × 2.0mm, so they are suitable for densely packed power applications and can be used from far below zero to Deploy in challenging environments such as high temperature industrial or automotive engine rooms.

In a typical given inductor structure, the coil is wound on a magnetic core, and the METCOM core is formed on the coil (Figure 3). This will create a non-conductive outer layer, forming a shielding effect, while controlling the magnetic flux inside the inductor body. This can improve work efficiency. EMI performance can also be improved to minimize interference with surrounding circuits. 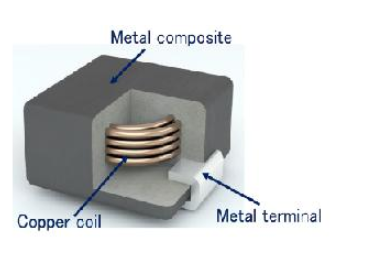 Figure 3: Structure of a METCOM inductor.

Locations such as the engine room or cabin of a car are often exposed to direct sunlight, so the components used in this type of application can easily withstand high temperatures. METCOM inductors have excellent stability over a wide operating temperature range, so they can provide excellent performance in automotive applications.

On the other hand, where large inductance is required but space constraints are very strict, solutions such as TPI series ferrite inductors can save space and meet important electrical performance requirements.

The advent of direct terminal assembled ferrite inductors, and-thanks to the excellent saturation and heat dissipation characteristics and advantages of inherent EMI shielding-the progress made by metal composite inductors has made the tradition between inductor core technology The divide has blurred. Designers now have more choices than ever before, whether for efficiency-centric, size-constrained computing and data center applications, or for space-constrained and temperature-sensitive applications like automotive space To meet the challenges of various power conversion.