What harm does electromagnetic interference cause to humans? 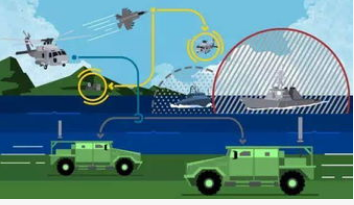 According to statistics, there are more than 100 lightnings per second in the Earth. The energy generated by each lightning can be lit up by a 100-watt bulb for 3 months. In the rainy season, one person is hit by lightning every 6 minutes. Thousands of people were killed by lightning strikes, and large areas of forests were hit by fire and lightning. Lightning also often caused high-voltage power grids and communication failures, disrupting city power and communications, causing urban traffic. There is chaos out of control; even the Buckingham Palace in Britain has suffered severe damage from lightning. In the 1950s, Buckingham Palace was burned by lightning strikes on a curtain cloth; Shanghai TV station suffered an average of 33 large lightning strikes per year. Lightning strikes will cause electronic equipment to suffer different degrees of damage; on June 22, 1992, several computer interfaces of the Beijing National Meteorological Center were destroyed due to inductive lightning strikes, and lost more than 20,000 yuan; on August 23, 1992, 60% of Zhangzhou City Cable TV and 50% closed-circuit television have been struck by lightning, 91 of which were destroyed by lightning strikes; on June 9, 2006, a large passenger plane in South Korea was caught in the air. Suddenly, the head disintegrated and fell off. Fortunately, there were no casualties.