What do physical sensors rely on to distinguish

Structured sensors are based on structures (such as shape, size, etc.) that are sensed (sensitive) by certain physical laws and converted to electrical signals for measurement. For example, a capacitive pressure sensor must have a capacitive sensing component designed according to specified parameters. When the measured pressure acts on the moving plate of the capacitive sensing component, a change in the capacitance gap causes a change in the capacitance value, thereby achieving Measurement of pressure. Another example is a resonant pressure sensor, which must be designed to produce a suitable resonant sensitive component that senses the measured pressure. When the measured pressure changes, the equivalent stiffness of the resonant sensitive structure is changed, resulting in a change in the natural frequency of the resonant sensitive component. Measurement of pressure. 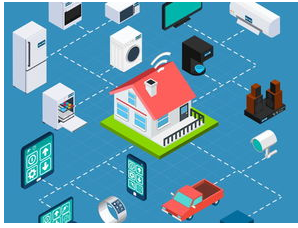 A physical sensor is a sensor that is measured and converted into an available electrical signal by utilizing the intrinsic properties and effect perception (sensitivity) of certain functional materials. For example, a piezoelectric sensor made of a quartz crystal material having piezoelectric characteristics is obtained by using a positive piezoelectric effect of a quartz crystal material to realize pressure measurement; and a semiconductor material is used to induce internal stress under a measured pressure. A piezoresistive sensor made by a change in its resistance value is a pressure measurement using a piezoresistive effect of a semiconductor material.

In general, physical sensors have certain requirements for physical effects and sensitive structures, but the focus is different. Structured sensors emphasize the need to rely on precision-designed structures to ensure their normal operation; while physical-type sensors rely primarily on the physical and physical effects of the material to achieve the measured inductance. In recent years, due to the rapid development and advancement of materials science and technology, physical sensor applications have become more and more widespread. This is closely related to the convenience of such sensors for mass production, low cost and ease of miniaturization.