What are the advantages of using differential signal line wiring in circuit boards? 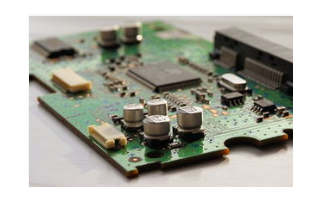 Signals in single-ended mode are usually returned via a zero-voltage circuit (or ground). Each of the differential signals is returned through a ground circuit. Because each signal pair is actually equivalent and reversed, the return circuits simply cancel each other out, so no component of the differential signal return will appear on the zero-voltage or ground circuit.

Single-ended signals are always always referenced to some "reference" level. This "reference" level may be a positive voltage or a ground voltage, a device's threshold voltage, or another signal somewhere else. Differential signals, on the other hand, always refer to the other of the differential line pairs. That is, if the voltage on one signal line (+ signal) is higher than the voltage on another signal line (-signal), then we can get a logic state; if the former is lower than the latter then we can Get another logic state, see Figure 1.

Differential signals have the following advantages: 1. The timing is precisely defined. This is because the crossing point of the control signal line pair is simpler than the absolute voltage value of the control signal relative to a reference level. This is also a reason for the need to accurately implement the equal-length wiring of differential line pairs. If the signals cannot reach the other end of the differential pair at the same time, then any timing control that the source can provide will be greatly reduced. In addition, if the signal at the far end of the differential pair is not strictly equivalent and reverses, then common-mode noise will occur, which will cause problems with signal timing and EMI. 2. Because differential signals do not refer to any signal other than themselves, and they can control the timing of signal crossing points more strictly, differential circuits can usually operate at higher speeds than conventional single-ended signal circuits.

Because the operation of a differential circuit depends on the difference between the signals on two signal lines (their signals are equal and reversed), compared to the surrounding noise, the resulting signal is twice the size of any single-ended signal. Therefore, under the same conditions in all other cases, the differential signal always has a higher signal-to-noise ratio and thus provides higher performance.

The main disadvantage of differential circuits is the addition of PCB lines. Therefore, if the advantages of differential signals cannot be used in the application process, it is not worth increasing the PCB area. However, if there is a significant improvement in the performance of the designed circuit, the cost of the increased wiring area is worth it.