Introduction to the characteristics of five common sensors

Sensors are like the "five features" of equipment. They are the "must have" devices for human-machine communication. Sensors are generally composed of four components: sensitive components, conversion components, conversion circuits and auxiliary power supplies. With the development of information technology, the application of sensors is more extensive, and various sensors have become the focus of enterprise research.

What are the sensors, what are their characteristics, the author lists several common sensors, let's take a look! 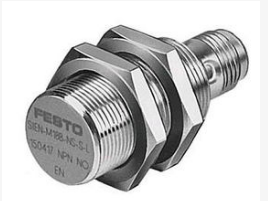 There are many types of photosensitive sensors, including infrared sensors, ultraviolet sensors, CCD and CMOS image sensors. It plays an important role in automatic control and non-electrical electrical measurement technology. It is a sensor that converts optical signals into electrical signals using photosensitive elements. . Photosensitive sensors are mainly used in the field of light automatic control of solar lawn lamps, cameras, monitors, sound and light control switches, cameras and other electronic products.

It is an instrument that is sensitive to biological substances and converts its concentration into electrical signals for detection. It is an analytical tool or system composed of immobilized bio-sensitive materials as identification elements and signal amplifying devices. It has the following common structure. A physical or chemical transducer comprising one or more related biologically active materials and capable of converting a biologically active expressed signal into an electrical signal. Biosensors are widely used in many fields due to their high selectivity, high sensitivity, low cost, high automation, miniaturization and integration.

It is a kind of sensor that converts the measured physical quantity into an induced electromotive force. It is mainly a power generation type sensor designed for the speed measuring gear, which will measure the magnetic flux change induced in the conductor and convert it into an output signal change. In addition to its high sensitivity and large output signal, this sensor has a strong range of speed detection and it plays a large role in industrial applications.

It is a sensor that can sense the temperature and convert it into an available output signal. The temperature sensor is the core part of the temperature measuring instrument. It can be divided into contact type and non-contact type according to the measurement method. It is divided into heat according to the characteristics of the sensor material and electronic components. Two types of resistors and thermocouples. Temperature sensors are widely used in color TVs, switching power supplies, water heaters, refrigerators, air conditioners, and automobiles.