How to eliminate internal EMI effects in communication systems

Radio communication is the transfer of energy from one circuit to another in the form of an electromagnetic field. When making circuit or radio communication, what we need is that the energy between the two circuits can be transmitted according to certain requirements, otherwise electromagnetic interference will occur between the devices and inside the device. Especially in the design of more complex equipment circuits and complex units in them, electromagnetic compatibility issues should be considered. Due to the wireless propagation characteristics of electromagnetic waves, it is determined that they will be affected by many factors from the outside and inside.

Here we only discuss the causes of EMI inside the communication system and how to eliminate the effects of EMI. Within the communication system, a variety of electronic devices are used, which has caused EMI to become a more complicated problem. There are many reasons, such as power lines and signal lines, common impedance of signal lines and signal lines, and various signals. Improper grounding, electromagnetic induction of weak signal circuits for weak signal circuits, effects of space electromagnetic wave radiation of high-power signals on other circuits, and mutual interference caused by parallel transmission of multiple signals. Various conductive couplings, spatial radiation and improper grounding in communication systems are the main causes of various interference disturbances and system EMC differences. 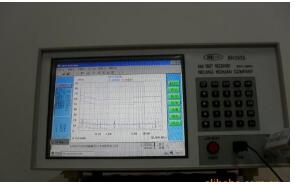 High-power electronic devices and high-frequency signals tend to generate strong high-frequency electromagnetic waves, which diffuse radiation to the surrounding area, which inevitably interferes with other circuits. Especially in electronic equipment systems, many components are concentrated in a small space. It is normal to generate electromagnetic field coupling in the vicinity of weak signal circuits due to the radiation of high power signals. Especially for units with wide signal operating frequency, common signal circuit, dense cell layout, discrete devices and discrete components, sometimes each of its wires generates an antenna that emits electromagnetic waves and receives electromagnetic waves. At this time, it is easier to form the antenna effect of the wire around the sensitive device and at the weak signal circuit.

How to reduce the various EMI of the communication system and improve the EMC capability of the system is the premise to ensure the normal operation of the system. There are several methods:

The transmission of electromagnetic radiation is large enough between systems that are far apart, as small as the imaginable distance in the system. Therefore, at the beginning of equipment design, large signals and small signals should be strictly separated, sub-unit design or isolation, to the maximum extent. Reduce the mutual electromagnetic interference in the space. The main methods are:

Limit the influence of power lines or magnetic lines to a certain range, prevent power lines or magnetic lines from entering a certain range, and separate external interference from the measuring device. The measurement signal is not affected by the external electromagnetic field. When using shielded wires and shielded cables, care must be taken that the shield and the outer layer cannot flow current, and the ground cannot form a loop.

When designing the grounding of small-signal circuits, especially for circuit design with large signal variation range and large frequency variation range, the following aspects should be noted:

A low level circuit is the most susceptible circuit. Especially for multi-stage connected circuits, the input signal is very small compared with the output signal. Therefore, a grounding should be selected to minimize the interference of the low-level circuit.

For low frequency and high frequency circuits, different grounding methods should be used, especially high frequency shielding wires, so that the loop current only passes through the low resistance shielding layer and not through the inner conductor of the cable. It can effectively suppress the interference of the ground loop.

2.4 Other measures to reduce electromagnetic interference

In order to minimize the noise of the communication system and eliminate EMI, the following methods should be considered when designing the system:

In nature, EMI is ubiquitous, and no matter what measures are taken, the effects of EMI cannot be completely eliminated. What we can do is to minimize its impact and to meet the requirements of the various constraints to meet the needs of the work.