1. Draw wiring area, within ≤1mm from the edge of the PCB board, and within 1mm around the mounting hole, wiring is prohibited.

3. The normal via hole is not less than 12 mil; the high density board can be considered to have a via of 8/12 mil or more of the inner and outer diameter, and the low density board is more than 12/24 mil.

4. The traces on the printed board are as short as possible.

5. The line should avoid acute angle, right angle, adopt 45° angle of travel; the plate is FR4 high-speed board, consider the cross-weaving method of glass fiber, and adopt 10 degree wiring to achieve better impedance control when the signal rate reaches 4GHz. Or let the length of the board rotate the glass substrate by 10 degrees (increased cost, not recommended). 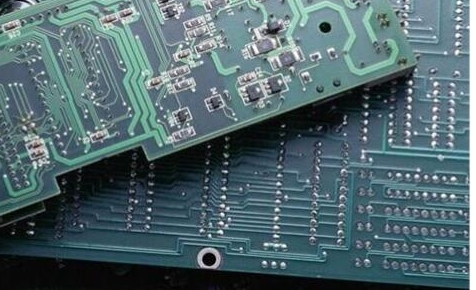 8. Normally, wiring with one end floating is not allowed. When designing jumpers, jumper resistors/capacitors should be added across the jumper, not just at one end.

9. The power cable and ground wire should be oriented in the same direction as the data flow to enhance the anti-noise capability.

10. For differential signal lines, the wires should be routed in pairs. Try to make them parallel and close to each other, and the length difference is not big. Try to make fewer holes. When you have to punch holes, you should punch the two lines together.

11. A group of buses with the same attributes should be routed side by side as much as possible.

12. The wires on the input and output of the PCB should be avoided as far as possible, and the ground wire should be placed between the two wires to avoid circuit feedback.

14. The whole circuit board should be routed and punched evenly to avoid obvious unevenness. When the outer layer signal of the printed board has a large blank area, an auxiliary line should be added to make the distribution of the metal line on the board surface substantially balanced.

16. The wiring width of the same network should be consistent. The variation of the line width will cause the characteristic impedance of the line to be uneven. When the transmission speed is high, reflection will occur. This should be avoided in the design. Under certain conditions, such as the connector lead-out line and the similar structure of the lead-out line of the BGA package, the line width variation may not be avoided, and the effective length of the inconsistent portion in the middle should be minimized.

18. The signal line should not be divided across the power supply and ground. The signal reference plane should be as complete as possible.

20. Grid copper should be used with caution in low frequency circuits. Grid copper can effectively improve the problem of large area copper blistering, but grid copper can be seen as having a number of traces. When using grid copper, you need to consider the electrical length of the grid line and the work of the board. The relationship of frequency. The power supply should also be copper-plated as much as possible, and the power supply copper should be solid copper. After the PCB design is completed, the board needs to be proofed, and the blogger has a discount.

(3) Use a large-area copper layer for grounding, and connect the unused areas to the ground on the printed board for grounding. Or make a multi-layer board, power supply, ground line each occupy a layer.

(4) The digital ground is separated from the analog ground. If there are both logic circuits and linear circuits on the circuit board, they should be separated as much as possible. The ground of the low-frequency circuit should be grounded in parallel at a single point. If the actual wiring is difficult, it can be partially connected. Parallel grounding; high-frequency circuit should adopt multi-point series grounding, the ground wire should be short and thick, and the grid-like large-area foil should be used as much as possible around the high-frequency components.

(5) The grounding wire of the digital circuit system should form a closed loop circuit, which can improve the anti-noise ability.

2. The signal wire is laid on the electrical layer

When there are not many lines left on the signal line layer, it is laid on the power layer. When wiring the power plane, consider the integrity of the power plane as the reference layer of the adjacent signal layer.

Do not form a loop on any signal line. If it is unavoidable, the loop should be as small as possible, and the signal line should have as few vias.

When routing the clock line, you should make fewer holes. Try to avoid running the line with other signal lines, and keep away from the general signal line to avoid interference with the signal line. Also avoid the power section on the board to prevent the power supply and clock from interfering with each other. When multiple clocks of different frequencies are used on one circuit board, two clock lines of different frequencies cannot be paralleled. The clock line should also be kept as close as possible to the output interface.

5. The effect of layout on wiring

Sometimes choosing a good layout will make wiring much easier. For example, in DDR3, if the fly bye topology is used, the lengths of the clock line and the data line do not need to be specially controlled. It is only necessary to note that the stubs of the clock and address lines need to be of equal length. If a T-type network is used, the equal length rule will be extremely troublesome, resulting in excessive winding. Excessive winding often has a negative impact.

two. Various holes in the PCB:

The PCB has non-plated copper holes (NPTH), copper plated holes (PTH), via holes (VIA), buried holes (Buried), blind holes (Blind), and the like.

(1). Plated Through Hole (PTH): A hole in which the wall of the hole is plated with metal to connect the intermediate layer and the outer conductive pattern.

(2). Non-plated through hole (NPTH): A hole in which the wall of the hole is not plated with metal to mechanically mount and mechanically secure the component. (such as screw holes) (3). Via (VIA): Used for electrical connections between unused layers of the PCB (such as blind vias and buried vias), plated vias that do not have component pins or other reinforcement materials.

Buried: Used for electrical connection between the inner and outer layers of a multilayer PCB.

Blind: Used for electrical connection between the inner and inner layers of a multilayer PCB.

1. There are two types of units in the PCB: the conversions for Imperial and Metric are as follows:

1 oz = 35 microns (um) This unit represents the thickness of the copper foil. 2. This unit can also represent the size of the TV and Monitor. For example, for a 37-inch, 42-inch TV, the size refers to the length of the TV diagonal, which can be expressed. for:

Fifth, the safe distance of PCB:

(1) Reasonable selection of the number of PCB layers. The intermediate power layer (vcc layer) and the ground layer (Gnd layer) can be used for shielding, effectively reducing parasitic inductance and parasitic capacitance, and also greatly shortening the length of the wiring and reducing cross-talk between signals.

About PCB trace (2), interlayer wiring direction. Should be perpendicular to each other, the top layer is horizontal, and the bottom layer is vertical, which can reduce interference between signals.

(3), the package. The packet processing of important signals can significantly improve the anti-interference ability of the signal, and can also multi-interfere signals to cover the ground so that it cannot interfere with other signals.

(7), the length of the line. The shorter the trace length, the better, especially when the two wires are parallel.

Seven, the wiring of special components:

Eight, the distance of the component from the edge of the PCB:

(4) The pad diameter of a general via mounting component is twice the diameter of the pad inner diameter.

(6) There should be no copper foil wire (except grounding) and components within 5mm of the screw hole radius.

Regarding the PCB trace (7) in the large-area PCB design (more than 500cm2 or more), in order to prevent the PCB from bending when the tin furnace is over, a gap of 5mm to 10mm wide should be left in the middle of the PCB without placing components for placement prevention. PCB curved beading.

(8) Each PCB uses a hollow arrow to indicate the direction of the tin furnace.

(10) When the wiring direction is turned from vertical to horizontal, it should enter from the 45° direction.

(11) The fuses, fuses, AC 220V filter capacitors, transformers and other components on the PCB should be marked with a warning mark on the top screen.

(12) The interval between the live and neutral lines of the AC 220V power supply section shall be not less than 3 mm. The distance between any one of the 220V circuit and the low voltage component and the pad and track should be no less than 6mm. The high voltage mark should be printed on the silk screen. The weak wire and the strong electricity should be separated by a thick wire mesh. .

The above nine articles are the basic information on the Internet, and introduce the basic concepts and rules of PCB design. The following are the rules for PCB designers to follow for the current situation of the company:

1. Tools: Prioritize the use of Altium Designer Release 102, component library: use the company's unified component library LERLIB, the newly designed library needs to confirm that LERLIB does not contain this component, and needs to be updated into the library.

ü Conventional design uses 20mil line width according to 1A current. When the line width is insufficient, the soldering layer on the line can be added with tin; ü through hole requires solder mask; ü board thickness 1.6mm