Analysis of the working principle of linear accelerometer

By measuring acceleration due to gravity, you can calculate the tilt angle of the device relative to the horizontal plane. By analyzing dynamic acceleration, you can analyze how the device moves. But at the beginning, you may find that measuring light tilt and acceleration is not very useful. But now engineers have come up with many ways to get more useful information. 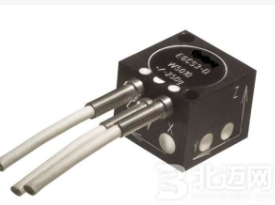 The principle of a linear accelerometer is the principle of inertia, which is the balance of forces. A (acceleration) = F (inertial force) / M (mass) We only need to measure F. How to measure F? Just use electromagnetic force to balance this force. Then we can get the relationship between F and current. It is only necessary to use experiments to calibrate this scale factor. Of course, the intermediate signal transmission, amplification, and filtering are the matter of the circuit.

Piezoresistive acceleration sensors have developed the fastest due to their wide application in the automotive industry. Acceleration sensors are mainly used in safety performances such as automotive airbags, anti-lock braking systems, and traction control systems. As safety is increasingly becoming a selling point for automakers, such additional systems are also increasing. The market size of piezoresistive acceleration sensors in 2000 was about US $ 420 million. According to relevant surveys, its market value is expected to grow at an average annual rate of 4.1%, reaching US $ 560 million in 2007. Among them, the European market is the fastest, because Europe is home to many airbag and car manufacturers.