Since Intel invented 1KB DRAM in 1971, DRAM was invented on the historical stage. 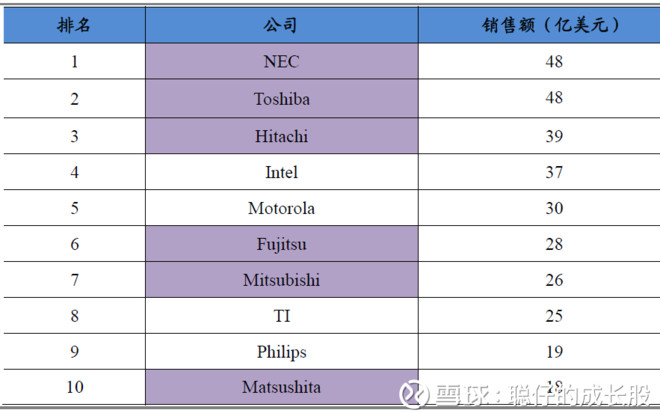 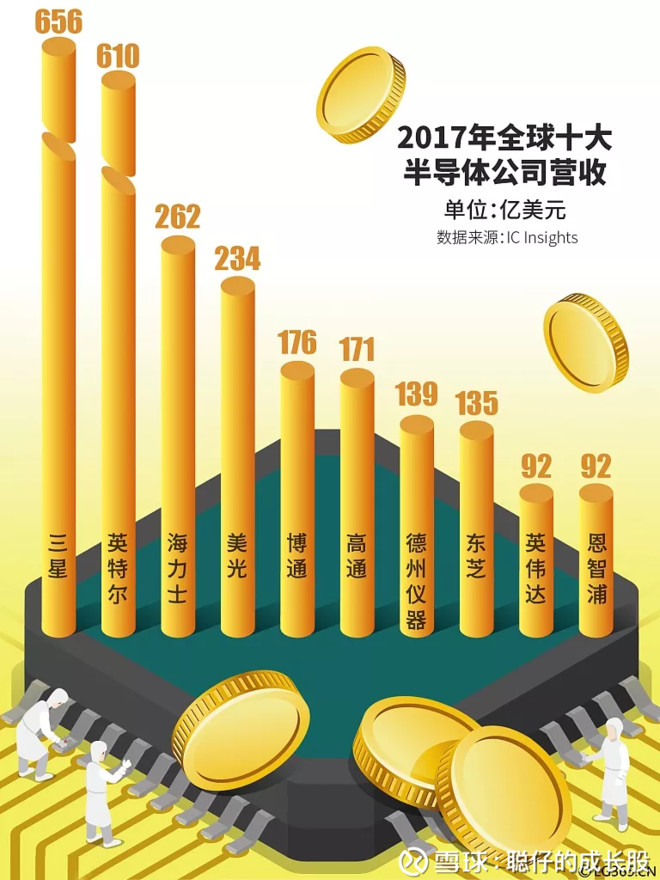 From the perspective of the world technology development trend in the microelectronics industry, in the 1990s, a technological revolution centered on downsizing was launched in the United States. The new information communication equipment represented by PC has developed rapidly, but Japan has not Sufficiently prepared. At the same time, Japan’s technological advantages in DRAM are gradually lost, and its cost advantage has also been replaced by South Korea and Taiwan.。

The replacement of large PCs by PCs has become the dominant product in the computer market and has become the main downstream application of DRAM. Unlike the large computer requirements for DRAM quality and reliability (25 years for general warranty), PC's main demand for DRAM has shifted to low prices. With this update, the market share of Japanese DRAM continues to shrink. Instead of South Korea, Samsung Electronics has made a leap forward and eventually surpassed Japan in 1992 to become the world's hegemon. In addition, the United States, with its DRAM manufacturer, Micron Technology, also surpassed Japan in market share in 2000.

In 1998, South Korea replaced Japan and became the largest producer of DRAM. The global DRAM industry center was transferred from Japan to South Korea. After that, South Korea continued to maintain its DRAM manufacturing status as a SOC for digital TV and mobile phones; Taiwan continued to increase its investment to build a world-class silicon foundry company, TSMC and UMC, and developed a The new semiconductor manufacturing model, while actively researching and developing, has been able to go hand in hand with Japan in some cutting-edge technologies.

At this stage, Japan's semiconductor products are relatively single (too concentrated on DRAM), and the added value of products is low. At the same time, the world's technology trend has not been kept up, and the Japanese semiconductor industry has been hit hard at this stage. As of 2000, Japan's DRAM share has fallen to less than 10%. 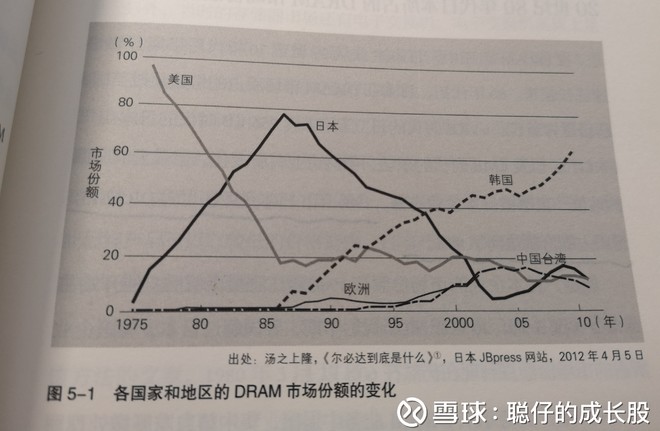 Why are Japanese semiconductor manufacturers with world-class technology going beyond Samsung Electronics?

The reason is mainly because the DRAM specifications required for large computers and PCs are completely different. The DRAM for PCs requires low cost and quantity (scale) without the high quality of a 25-year warranty. It can be said that low cost is the source of competitiveness of PC DRAM.

Japan caught in an "innovative environment"

Is the Japanese semiconductor industry turning a deaf ear to the renewal of the computer industry? Is Japan not aware that South Korea’s Samsung Electronics has expanded its market share with PC-based DRAM?

The major manufacturers in Japan are very clear about this issue. However, despite the fact that the matter is clear, Japan still insists on producing high-quality DRAM with a 25-year warranty. The reason is that for Japanese semiconductors, the main customers are still large computer manufacturers. Therefore, Japanese semiconductor manufacturers sell high-quality DRAMs for large-scale computers with 25-year warranty directly as PC DRAMs. And this kind of DRAM is obviously over-quality for PC. As a result, South Korea, which produces a large amount of low-cost PC DRAM, surpassed Japan in market share, and Japan lost its competitiveness and eventually had to withdraw from the DRAM market.

Elpida was founded in bankruptcy

In December 1999, Hitachi and NEC jointly established Elpida, a company specializing in the production of DRAM. At that time, Japanese media reported that "Hitachi, which has strong new technology research and development capabilities, and NEC, which has strong production technology capabilities, will be one of the world's most powerful DRAM manufacturers. In other words, Japan is looking forward to Through the synergistic effect of the two, the effect of 1+1》》2 is generated and realized.

The Japanese semiconductor industry hopes to regain market share that has been squeezed out by South Korea. However, after the joint venture, Hitachi and NEC's total DRAM share of 17% fell to 4% in two years. In November 2002, after the arrival of Elpida, the president of Elpida, although there was a V-shaped rise, it still did not catch up with South Korea. Although the share ratio has recovered, the company's profit margin has not improved. Finally, in 2009, under the guidance of Document No. 1 of the Industrial Recycling Law, Elpida received about 30 billion yen in public funds.

However, Elpida eventually went bankrupt on February 27, 2012 and was acquired by Micron Technology of the United States. In other words, DRAM manufacturers have disappeared from Japan. 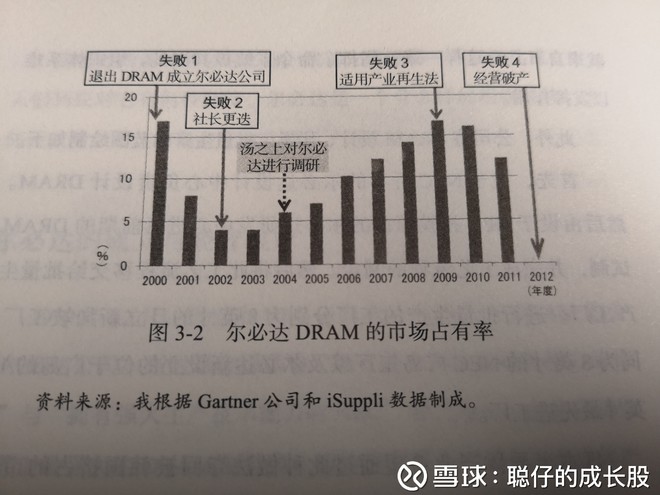 Why is Elpida bankrupt?

How did the gap between Elpida’s ideal and reality come about? The main reason is that many Hitachi employees are dissatisfied with the company's failure to successfully develop new technologies, so they have left Elpida. As a result, Elpida has almost become the home base of NEC employees, plus a few of Mitsubishi employees. The majority of NEC employees' composition of the staff is prone to a “complex” process, which makes Elpida very weak in terms of low-cost production technology capabilities. In this case, Elpida did not grow any more than before the merger.

After the new president of Elpida took office, his market share increased steadily. However, despite the expansion of market share, the profit margin did not rise at all. This caused Elpida to suffer huge losses in the 2008 financial crisis of the Lehman crisis. In 2009, it was approved to apply the Industrial Recycling Law No. 1. 30 billion public funds. Then on February 27, 2012, Elpida finally declared bankruptcy.

At the press conference, the president of Elpida, Yukio Hiroshi, attributed the bankruptcy to "the decline in DRAM prices, the unprecedented appreciation of the yen, the Great East Japan Earthquake, and the floods in Thailand." The four reasons for bankruptcy summarized by President Sakamoto Yukio are external factors. In other words, the president believes that the external environment has caused Elpida to go bankrupt, and the company has no problems. In addition, Sakamoto Yukio also mentioned in the press conference that "Elpida's technical level is very high."

The severity of the external environment is undoubted, but the direct cause of bankruptcy lies in the technical aspect. The problem with Elpida is precisely the lack of technology to manufacture DRAM at low cost. Elpida's case once again confirms that Japan's pursuit of high-performance, high-quality technology culture has an obsession, and that high performance and high quality can get the market.