Among them, the main industrial chain can be divided into two modes: IDM (vertical integration) and vertical division of labor. These two modes have their own advantages:

IDM refers to a semiconductor company that integrates design, manufacturing, and packaging, so that it can effectively integrate industrial resources and maximize efficiency. From a historical perspective, the semiconductor industry's original model at the time of its origin was the IDM model, including Intel, TI, and later Samsung.

Vertical division refers to the separation of design, manufacturing, packaging and testing and related industries, and the related companies are only responsible for the completion of the corresponding links. The advantage of this is that when the R&D cost is increased, the advantages of the leading enterprises can be maximized, and the research and development costs and time costs of the relevant upstream and downstream industries can be saved. In the late 1980s, with the continuous evolution of technology nodes, smaller IDM companies could not afford the high cost of manufacturing chips. TSMC, a full-time foundry, came into being at the moment. Later, UMC and SMIC Companies such as ASE and full-time beta testing are also products of the times. 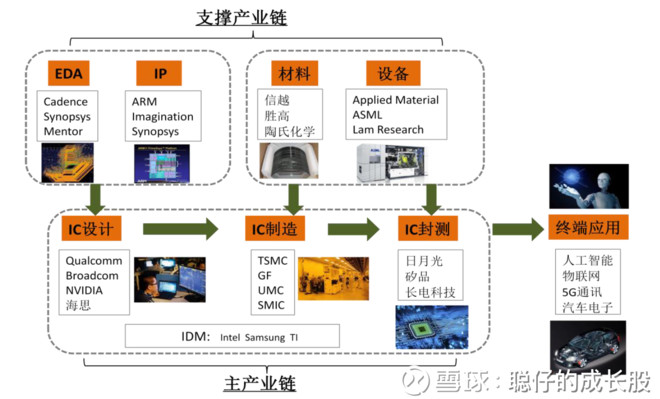 The first semiconductor industry transfer: the United States to Japan in the 1970s 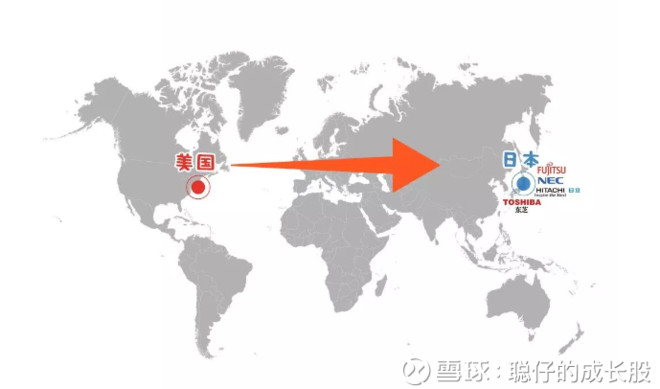 "According to the announcement of Toshiba in Japan on the evening of September 20, 2017, it was determined to sell its semiconductor division to the "US-Japan-Korea Alliance" led by Bain Capital, at a price of US$18 billion ( About 2 trillion yen), it is expected that all sales plans will be completed by the end of March 2018, so that Toshiba can obtain sufficient working capital to avoid stocks being listed on the Tokyo Stock Exchange.” I saw this news. At the time, in fact, I don’t feel a little bit in my heart. At most, the quality of Toshiba’s mobile hard disk is really great. Why sell it?

Toshiba’s decline has a lot to do with its strategic mistakes, and of course luck is part of the reason.

On June 1, 2018, Toshiba announced that it had completed the sale of its semiconductor company (TMC) and sold it to Pangea, a company formed by the Japanese-American consortium led by Bain Capital. Although Toshiba owns 40.2% of Pangea, the major shareholder has changed to Bain Capital. 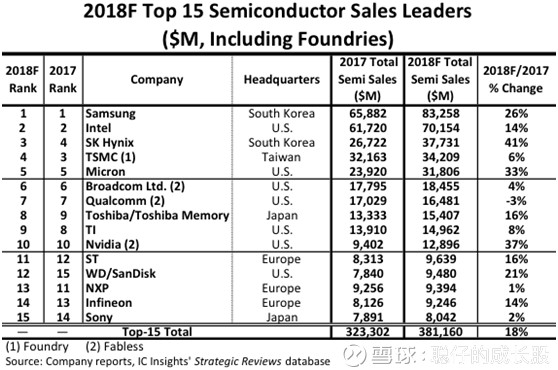 The story of the transfer of the semiconductor industry in the United States and Japan should first be from the 1950s.

At that time, in order to contain communism, the United States began to support Japan and transferred advanced technology to Japan on a large scale. The number of projects transferred from 1950 was only 22, and in just two years, the number of transferred projects has nearly doubled to 133. project.

This is also the beginning of the Japanese semiconductor industry's entry into the United States. Six years later, in 1965, Japan's radio output doubled by a factor of six, which was as high as 24.21 million. In addition to radios, televisions and electronic calculators have also become a tool for Japanese companies to open the door to the US market with product innovation and affordable prices.

During this period, Japan used the contempt of the United States to introduce technology while improving efficiency. At that time, although Japan was able to develop transistor integrated circuits, mass production technology was still a big problem. In 1962, in order to provide a stable supply to IBM, Fairchild invented the technology of planar lithography and established the first factory for transistor production, measurement and packaging. NEC, a sensitive Japanese company, immediately solved the problem of transistor production by mastering this core technology to Fairchild. The production in that year was from 50 to 11,800 in the previous year.

In the international context of the 1960s, Japan remained the object of active support from the United States. The factors that make Japanese consumer electronics successful in the US market are multifaceted, not only because of its product innovation and cost-effectiveness, but also related to US policies. At that time, the United States shifted the focus of the electronics industry to military use, which provided an opportunity for Japanese civilian electronics. On the other hand, although Japan is closely following the United States, the technical gap is huge and it cannot compete at all. Therefore, the Ministry of International Trade and Industry, in the name of protecting infant industries, adopts strict tariff barriers and trade protection policies. Under the care of the Ministry of International Trade and Industry, Japanese semiconductor companies are starting to take off.

Japan's semiconductor industry is heading for the peak

In September 1970, IBM Corporation of the United States announced that it would use semiconductor memory on its main memory of the mainframe system/370 Model145. So in the semiconductor integrated circuit industry, the big market of computer memory was born. 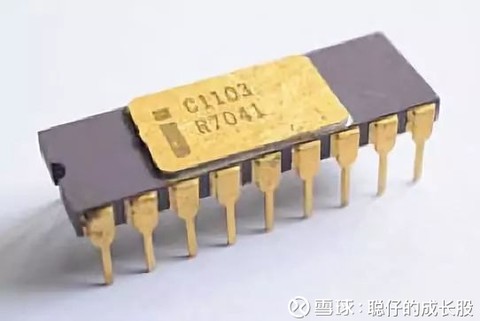 The memory 1103 with a capacity of 1KB (1024B) introduced by Intel Corporation of the United States is actually the earliest DRAM product. After that, DRAM products with a capacity of 4 times were developed every three years, and they dominated the market. The overlord of the 1KB era is Intel. However, in the era of 4KB and 16KB capacity, Texas Instruments (TI) and MOSTEC of the United States became the largest suppliers respectively.

DRAM validates Moore's Law and promotes it to the world in the process of updating at a rate four times every three years.

In 1971, Japan's NEC followed Intel's pace and also launched its own DRAM chip, but technology has lagged behind. So, when Japan heard that IBM began to develop the fourth generation of future computers, and will use VLSI (VLSI) technology, and Japan is still using 16K LSI (large scale integrated circuit) technology, the Ministry of International Trade and Industry immediately Determined to conduct technology research and development.

At that time, Japan’s determination to focus on technological breakthroughs may also be related to Waterloo’s 1972 electronic calculator. Prior to 1971, calculators such as Japan's Casio were popular in the United States, accounting for almost 80% of the market in the United States. In 1972, the United States refused to provide IC core ICs to Japan, forcing Japanese companies to withdraw from the market on a large scale. The share dropped directly to 50%, and in 1974 it fell to 27%. (This kind of routine in the United States has recently been staged in Fujian Jinhua, so we must master the core technology)

The cooperation and horse racing mechanism within the VLSI project is also extremely important. At that time, 20% of the projects were versatile, requiring 100 companies to jointly develop 100 large-scale projects. At that time, the Ministry of Trade and Industry officials regularly organized the competing personnel. Reporting, exchange ideas, and promote each other, many research sites and equipment are open to each other. In addition, the Japan Development Bank provides certain low-interest loans to Japanese semiconductor companies, while the US interest rate is 4% to 5% during the same period; even worse for US companies, after 1969, tax reform, capital gains The tax was raised from 25% to 49%, and the entire Silicon Valley venture capital was hit hard. Until 1978, the tax rate was lowered to 28%, and venture capital began to rise again.

Overall, the VLSI project was very successful, lasting for 4 years, obtaining 1210 patents and 347 business secrets, with remarkable results. In the 1970s, Japan relied on 80% of the external key process equipment and raw materials such as the United States. By the early 1980s, the localization rate of Japanese semiconductor manufacturing equipment reached more than 70%, laying the foundation for surpassing the US to become the semiconductor industry leader in the future. .

In the DRAM market, Japanese companies have grown rapidly since the late 1970s. In the early 1980s, Japan’s share of the DRAM market surpassed that of the United States, ranking first in the world. In the 64K era, the largest manufacturer is Hitachi, the 256K era is NEC, and the 1MB era is Toshiba. In 1986, Japanese manufacturers accounted for 80% of the DRAM sector.

In 1985, Intel withdrew from the DRAM business and concentrated on developing the processor business. "In fact, we don't want to quit, because Intel originally created the storage device at the time of its creation." One of Intel's founders, the late Mr. Robert Neuss, said so regrettable.

In fact, Japanese semiconductor companies in the catch-up of the United States, it is difficult to say that they have achieved obvious technical advantages, more because of the fierce competition in the market, the formation of unique production capacity, excellence in the production process, Try not to produce inferior products, not to eliminate them at the end, and the cost control is extremely strong, which can be said to be inexpensive. (The ultimate pursuit of product quality and yield, but also to plant the seeds that have been surpassed in the future)

Japan has defeated the United States in the DRAM industry and became the dominant player in the semiconductor industry.