Today's mass storage technologies include DRAM, SRAM, and flash memory, which were invented decades ago and are widely used in digital devices and systems. New memories, including MRAM, ReRAM and PCRAM, will offer unique advantages. However, the new materials used in these memories pose considerable challenges for mass production.

The company said that the current computer industry is building an IoT architecture, in which tens of billions of devices will have built-in sensors, computing and communication functions to monitor the environment, make decisions and transmit important information to the cloud data center. The new generation of MRAM (Magnetic Random Access Memory) is one of the first choices for storage memory in terms of software and AI algorithms for storing IoT devices.

MRAM uses the sophisticated magnetic materials commonly found in hard disk drives. With the fast and non-volatile performance of MRAM itself, software and data can be saved even in the event of loss of power. Because of the high speed of MRAM and high component tolerance, MRAM may eventually be used as a replacement for SRAM in Level 3 cache memory. MRAM can be integrated into the back-end interconnect layer of the IoT chip design to achieve smaller die sizes and lower costs.

For the development of MRAM, the company's new Endura Clover MRAM physical vapor deposition (PVD) platform consists of nine unique wafer processing chambers, all integrated under pure, high vacuum conditions. This is the industry's first mass-produced 300 mm MRAM system, with up to five different materials individually deposited in each chamber. 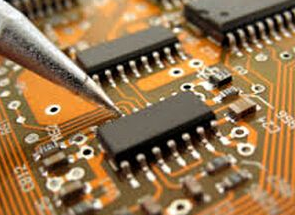 The company also emphasized that the MRAM memory requires a precision deposition process of at least 30 different material layers. Among them, some material layers may be 500,000 times smaller than human hair. Therefore, even if the thickness is only a small difference in atomic diameter in the process, it will have a great impact on the performance and reliability of the device. The Clover MRAM PVD platform includes built-in measurement capabilities that measure and monitor the thickness of the MRAM layer with sub-angstrom sensitivity to ensure atomic level uniformity while eliminating exposure to the outside. Environmental risks.

In addition, as the amount of data increases, the cloud data center also needs to improve the speed and power consumption of these paths for the data path connecting the server and the storage system. In this regard, the new generation of ReRAM (Resistive Random Access Memory) and PCRAM (Phase Change Random Access Memory) have the characteristics of fast, non-volatile, low-power, high-density memory. Can become a "storage level memory" to fill the gap between server DRAM and storage memory, the ever-expanding price and performance gap.

For the future demand of ReRAM and PCRAM, the company will adopt a new material process. According to the company, its materials act like fuses, and filaments can be selectively formed in billions of storage units to represent data. In contrast, PCRAM uses phase change materials found in DVD discs and performs bit programming by changing the state of the material from amorphous to crystalline, similar to 3D NAND Flash flashing. The architecture of the memory.

While ReRAM and PCRAM are arranged in a 3D structure, memory manufacturers can add more layers to each generation of products to robustly reduce storage costs. ReRAM and PCRAM also offer the possibility of programming and resistivity intermediate stages, allowing each storage unit to store multiple bits of data. Compared to DRAM, ReRAM and PCRAM promise to significantly reduce costs in the future, and the read performance is much faster than 3D NAND Flash flash memory and hard disk drives. ReRAM can integrate computing components into the memory array to help overcome the data movement bottleneck associated with AI operations, and is the primary candidate for future computing architectures in memory.

In this regard, the Endura Impulse Physical Vapor Deposition (PVD) platform for Applied Materials is suitable for PCRAM and ReRAM, including up to nine processing chambers integrated under vacuum and built-in measurement capabilities for precise deposition. Control the multi-component materials used in these new memories.