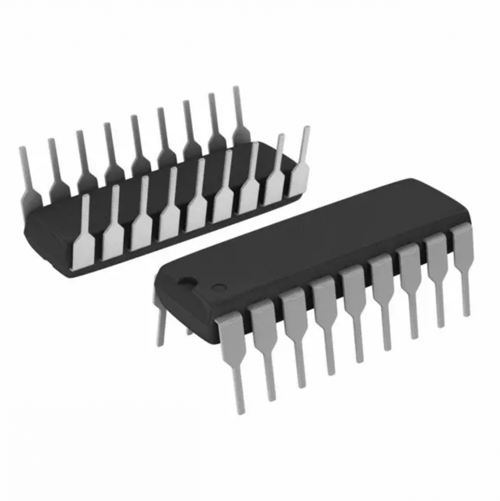 The LM3914 is a monolithic integrated circuit that senses analog voltage levels and drives 10 LEDs, providing a linear analog display. A single pin changes the display from a moving dot to a bar graph. Current drive to the LEDs is regulated and programmable, eliminating the need for resistors. This feature is one that allows operation of the whole system from less than 3V.
The circuit contains its own adjustable reference and accurate 10-step voltage divider. The low-bias-current input buffer accepts signals down to ground, or V−, yet needs no protection against inputs of 35V above or below ground. The buffer drives 10 individual comparators referenced to the precision divider. Indication non-linearity can thus be held typically to 1⁄2%, even over a wide temperature range.
SNVS761B –JANUARY 2000–REVISED MARCH 2013
LM3914 Dot/Bar Display Driver Check for Samples: LM3914
LM3914
Versatility was designed into the LM3914 so that controller, visual alarm, and expanded scale functions are easily added on to the display system. The circuit can drive LEDs of many colors, or low-current incandescent lamps. Many LM3914s can be “chained” to form displays of 20 to over 100 segments. Both ends of the voltage divider are externally available so that 2 drivers can be made into a zero-center meter.
The LM3914 is very easy to apply as an analog meter circuit. A 1.2V full-scale meter requires only 1 resistor and a single 3V to 15V supply in addition to the 10 display LEDs. If the 1 resistor is a pot, it becomes the LED brightness control. The simplified block diagram illustrates this extremely simple external circuitry.
When in the dot mode, there is a small amount of overlap or “fade” (about 1 mV) between segments. This assures that at no time will all LEDs be “OFF”, and thus any ambiguous display is avoided. Various novel displays are possible.
Much of the display flexibility derives from the fact that all outputs are individual, DC regulated currents. Various effects can be achieved by modulating these currents. The individual outputs can drive a transistor as well as a LED at the same time, so controller functions including “staging” control can be performed. The LM3914 can also act as a programmer, or sequencer.
The LM3914 is rated for operation from 0°C to +70°C. The LM3914N-1 is available in an 18-lead PDIP (NFK) package.
The following typical application illustrates adjusting of the reference to a desired value, and proper grounding for accurate operation, and avoiding oscillations.

Three internal voltage dividers are shown connected in series to provide a 30-step display. If the resulting analog meter is to be accurate and linear the voltage on each divider must be adjusted, preferably without affecting any other adjustments. To do this, adjust R2 first, so that the voltage across R5 is exactly 1V. Then the voltages across R3 and R4 can be independently adjusted by shunting each with selected resistors of 6kΩ or higher resistance. This is possible because the reference of LM3914 No. 3 is acting as a constant current source.
The references associated with LM3914s No. 1 and No. 2 should have their Ref Adj pins (pin 8) wired to ground, and their Ref Outputs loaded by a 620Ω resistor to ground. This makes available similar 20mA current outputs to all the LEDs in the system.