What are the anti-jamming technologies of microcomputer systems?

Increasing the distance between the victim circuit, device, or device and the source of interference is one of the most effective measures to reduce interference. In the actual wiring, the order of arrangement is: low-level analog signal, general digital circuit, AC control device, DC power device, AC power device, etc.

In order to limit the electric or magnetic field generated by the electronic device within a specified spatial range, or to protect the device or component from external electromagnetic fields, isolation shielding measures are often employed.

According to the grounding effect, the following discussion

In the high-power control system, in order to prevent personal safety and prevent electric shock accidents, the motor and the machine casing are grounded for protection in a neutral point ungrounded power grid. In the low voltage where the neutral point of the power supply is directly grounded, the metal casing of the electrical equipment is connected to the neutral line to implement protective zero connection.

The signal ground line refers to the common reference potential line of each signal.

3. Grounding of the wire shielding layer

When the amplifier is far away from the sensor, the signal transmission line should be shielded and the shield should be grounded to prevent external interference. 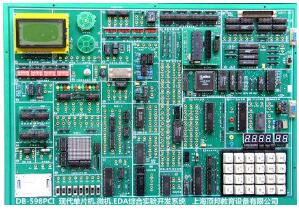 In the current microcomputer system, most of the digital input signals use optical isolators, and some use pulse transformer isolation and operational amplifier isolation; for digital output signals, optical isolation is also mainly used. In many occasions, such as steel mills and other controls, a large number of relay contacts are used as digital output isolation devices; for analog input signals, modulation-demodulation isolation amplifiers, operational amplifiers, etc. are used in many cases; analog quantities For output signal isolation, DC voltage isolation method and conversion isolation method can be used.

Photoelectric coupling is an optoelectronic coupling device. The input end is a light-emitting device (light-emitting diode), and the output end is composed of a light-receiving device (phototransistor). When the working current reaches the operating current of the LED, the diode converts the electrical signal into an optical signal, the phototransistor receives the optical signal from the LED, and converts it into an electrical signal. The entire transmission process is completed by an electro-optical conversion. , completely isolated on the circuit

The working principle of the pulse transformer uses the magnetic saturation performance of the core to convert the input sine wave voltage into a transformer with a narrow pulse-shaped output voltage. It can be used for ignition of burners, triggering of thyristors, etc. The pulse transformer structure is such that the original winding is sleeved on a core column formed by a silicon steel sheet having a large cross section, and the secondary winding is sleeved on a core column which is made of a permalloy material and has a small cross section which is easy to be highly saturated, and can be in the middle of the two columns. Set the magnetic shunt. The relationship between voltage and flux, the input voltage is a sine wave, producing a sinusoidal flux in the left core. The magnetic flux in the right core is highly saturated and is a flat-top wave. It only changes around zero and immediately saturates to a constant value. When the right magnetic flux passes through the zero value, a very steep narrow pulse electromotive force is induced in the secondary winding. The magnetic shunt has an air gap, which changes substantially linearly, similar to magnetic leakage, and its role is to ensure that the left magnetic flux is a sine wave.

The input signal can be set to buffer mode, which can eliminate the influence of large source impedance in buffer mode and filter and attenuate RFI through an RC filter; all input signals can be directly connected without other Signal amplification is conditioned to make it more suitable for wide dynamic range and low frequency signal measurements such as temperature, stress, and pressure sensors.

The op amp has the characteristics that the input resistance is infinite and the output resistance is almost zero, so the voltage follower can get as many voltage signals as possible from the signal source and load capacity at the output. This allows the model to be transmitted without the signal being changed due to load.

The filter can suppress the interference input on the AC power line and various interferences induced on the signal transmission line. Commonly used filter components include inductors, capacitors, resistors and varistors.

Circuits often generate high operating voltages when lightning strikes or turns on, cuts inductive loads, or switches large loads. This transient overvoltage (or current) is called a surge voltage (or surge current) and is also a transient. interference.