The next exciting point in the electronics industry: the fusion of connectors and sensors

As more and more sensors in IoT applications complement connector applications, some companies are expanding their professional R&D teams and related research to combine these two elements.

Like human eyes and ears, electronic sensors detect, measure, and report data on physical characteristics that enable electronic systems to perform certain functions. The application of all types of sensors is growing rapidly as they are a key link between the physical world and the electronics that use the data generated by the sensors to monitor and feed back.

Our world is full of sensors, and many new sensors are in development and manufacturing. With up to 14 sensors, smartphones enable advanced features such as high-definition video, fingerprint recognition, biometrics and face recognition. The automotive market is one of the largest sales and fastest growing applications for electronic sensors.

Currently, automotive sensors use everything from the efficiency of the combustion cycle to the temperature required by the passenger compartment. Dozens of sensors handle signal and function transmission, and if the collision sensor is found, it will trigger the airbag immediately. Newer cars with driver assistance add more sensors, and driverless cars will require new internal and external sensors that must operate with extreme reliability in a variety of challenging environments. 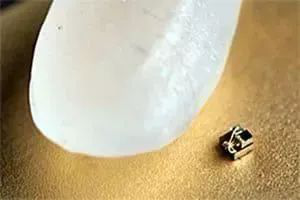 A variety of sensing technologies including optical, piezoelectric, magnetic, capacitive, ultrasonic, infrared, Hall effect, thermoelectric effects, gravity detection and GPS positioning are now incorporated into medical, industrial control, avionics, military and mass consumption. In the sex product.
The need for smaller, lower power components has spurred the choice of semiconductors, especially MEMS, to make sensors. Future MEMS sensors will combine computing, storage and communication capabilities. The size of this sensor will be as small as 0.3mm, which was once considered a fantasy. The convergence of advanced sensors, superior computing power, and creative algorithms will make new applications incredible.

The dawn of the sensor era

We are only at the beginning of the development and transformation of the Internet of Things. Sensors will play an increasingly important role in home (smart home), factories (Industry 4.0), hospitals, public spaces, and transmission grids (smart cities), and some connector manufacturers looking for new growth points are not. Losing sensors brings new business opportunities.

Electronic connector manufacturers have annual sales of more than $60 billion, and the connector industry has boomed over the past 75 years. Because electronic devices have replaced mechanical systems, connectors have become an integral part of modern products and devices. section.
The connector industry has accumulated years of steady growth and profitability, driven by new interfaces that offer higher current, bandwidth, package density, higher signal integrity and durability.

The excitement of the connector industry

The potential trade war between China and the United States highlights this problem. Many standard connectors have become commercial products with little profit margin. A series of environmental requirements promoted by the European Union (EU) will allow connector manufacturers to use more expensive materials and change the manufacturing process.
The benefits of wireless connectivity will continue to impact traditional copper core cables. Connector design engineers have been able to increase the bandwidth of copper connectors by optimizing the signal path length, but we may be increasingly inclined to fiber alternatives, which will become a more cost-effective option. Some of these factors may eventually begin to inhibit the traditional growth of electronic connectors.

Several connector manufacturers have begun to take action, concentrating their products on a combination of higher performance and higher strength connectors for greater profitability. They also saw good growth prospects for an estimated $93 billion global electronic sensor market each year, so some large suppliers have expanded their sensor production lines.

At least 11 connector companies currently identified have sensors in their product lines. Connector giants such as Amphenol and Tyco have been providing specific types of sensors for many years. The latest is that they are actively acquiring quite large, mature sensor manufacturers to expand their product lines and increase their share of the market.

There is a natural connection between connectors and sensors, so expanding the line of electronic sensors is an attractive offer for connector companies. Many sensors require connectors and harnesses to connect. 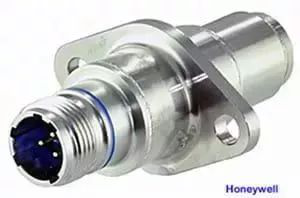 Although sensors and connectors are currently determined by different people in OEMs, a new opportunity has arrived.

Equipment manufacturers often try to reduce the number of their suppliers, and if a connector supplier can provide sensors is an attractive option. Long-term partnerships can provide a wider range of technical support, and it is wise to find a reliable connector and sensor supplier on a global scale. Traditional sensor manufacturers around the world usually only offer some products. In such a fast-growing, highly differentiated market, the time is ripe for integration.

China's connector manufacturers face a rare development opportunity, the emerging fields of the Internet of Things, big data, intelligence, 5G, industry 4.0, driverless, telemedicine and the new economy, the application space for sensors is extremely large. . The natural integration of connectors and MEMS sensors will be an inevitable trend. In the future, more connectors will appear in the market with modularity, miniaturization and functional features.

As a platform that has been dedicated to providing display technology for connector companies, and building bridges for communication between industries, next year's Munich Shanghai Electronics Show will continue to gather a large number of connector giants and rookie companies, and will also hold the "International Connector Innovation Forum". "Connect" everything, from now on!