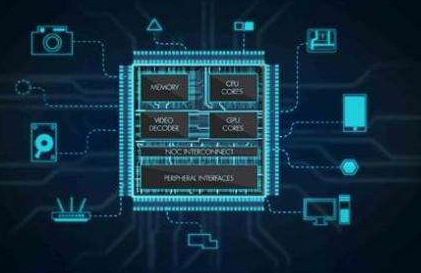 MCU and embedded system are the same things in different era concepts, and have experienced many unknown birth environments and development processes. The concept of single-chip microcomputer appeared before the birth of the PC, and the concept of embedded system was born after the birth of the PC. Whether it is a single-chip or an embedded system, they all exhibit the characteristics of a single piece, embedded, and object-linked trinity. The "single-chip" machine emphasizes the form, the "embedded" system emphasizes the application form, and the "intermediary" is the essence of them.

In 1971, Intel introduced the world's first microprocessor, the 4-bit microprocessor 4004. Then came the 8-bit 8008. In 1974, 8008 was developed into 8080, becoming the second generation of microprocessors. Its purpose was to replace electronic logic circuit devices and apply them to various circuit systems and devices, thus starting an attempt at embedded processors. Subsequently, a large number of single-chip microcomputers (microcontrollers) came into being, such as the 3870 series MCU of Mosttek and Fairchild in 1974, the 8048 MCU of Intel Corporation in 1976, the PIC1650 series MCU of GI Company in 1977, and the Rockwell Company of 1978. The 6500 series of single-chip microcomputers, as well as the MCS51 series of single-chip microcomputers introduced by Intel Corporation in 1980, are essentially microcontrollers based on embedded processors. On August 12, 1981, IBM introduced the world's first personal computer, the IBM PC, based on the Intel 8088 microprocessor.

2.2 The era of multidisciplinary integration (the first decade of the 21st century)

2.3 The Internet of Things era (the second decade of the 21st century)

3 Embedded System Opportunities in the Internet of Things Era

We can clearly see that the embedded system has experienced more than 30 years of ups and downs. Whether it is stand-alone IoT, local IoT, or Ethernet access, GPS space-time calibration technology is mature, for embedded systems, the Internet of Things era is not a challenge but a new opportunity.

4 embedded system voice in the Internet of Things

5.3 National Engineering Construction of the Internet of Things Legal System