Pressure sensors are one of the most commonly used sensors in industrial practice and are often used as a front-end component for automated control, so they are widely used in a variety of industrial automation environments, including petrochemicals, paper, water treatment, power, marine, machine tools and utilities. Equipment and other industries. 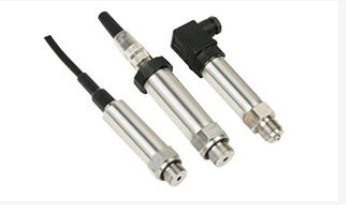 In the current pressure sensor packaging process, the piezoresistive sensitive core can usually be made compact, sensitive, and stable, and the varistor is combined with a strained material (usually stainless steel) in the form of a Wheatstone bridge. Together, this will ensure that the piezoresistive pressure sensor has high overload capacity and high impact pressure resistance.

Structurally, such sensors sinter the varistor in a form of a Wheatstone bridge with the ceramic. Its overload capacity is lower than that of strain gauges, its impact pressure is poor, but its sensitivity is high. It is suitable for measuring high-range range above 50Kpa, and it is corrosion-resistant and has a wide temperature range.

The corrosion-resistant ceramic pressure sensor has no liquid transfer, the pressure acts directly on the front surface of the ceramic diaphragm, causing a slight deformation of the diaphragm. The thick film resistor is printed on the back of the ceramic diaphragm and connected into a Wheatstone bridge. Bridge), due to the piezoresistive effect of the varistor, the bridge produces a highly linear voltage signal proportional to the pressure, which is proportional to the excitation voltage, and is compatible with strain gauge sensors.