Introduction to the application and characteristics of various types of sensors

The smart sensor is a sensor with information processing function, with a microprocessor, with the ability to collect, process, and exchange information. It is a combination of sensor integration and microprocessor. Like many smart systems, smart grids are not individual individuals, but the product of many equipment and technologies. Among them, the sensor equipment in monitoring the first line is small, but it is absolutely important. In the development of smart grids, the use of traditional sensors has made it impossible to quickly and directly measure the quality and fault location of certain power products and monitor them online. The smart sensor can be used to measure directly, and measure product quality indicators and faults (such as temperature, pressure, and flow). For example, in order to meet the development needs of smart grids, China has introduced a fiber-optic current sensing system, which realizes the full digital closed-loop control of the pipeline current sensing system. It has the characteristics of stability, linearity and sensitivity, and meets a large range of high range. Precision measurement requirements. At present, smart sensors have become the hotspot and frontier of sensor research in the world. Vigorously developing smart sensor research, the leap-forward development ideas should be the key measures to occupy the commanding heights of information technology in the future. 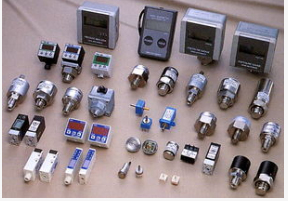 Some sensors can also be built directly into the robot. Some companies use accelerometer feedback, while others use current feedback. In both cases, when the robot senses an abnormal force, an emergency stop is triggered to ensure safety. But before the robot stops, you will still be hit by it. Therefore, the safest environment is an environment with no risk of collision. This is the mission of the next sensor. In order for industrial robots to collaborate with people, first find a way to ensure the safety of workers. These sensors come in a variety of forms, from camera to laser, for one purpose, to tell the situation around the robot. Some safety systems can be set up so that when someone appears in a particular area/space, the robot will automatically slow down and the robot will stop working if the person continues to approach.

In the part picking application, it is impossible to know if the robot gripper has correctly grabbed the part. The part inspection application gives you feedback on the position of the gripper. For example, if the gripper misses a part, the system detects the error and repeats the operation once to ensure that the part is properly captured. There are many sensors on the market that are suitable for different applications. Such as weld tracking sensors. Touch sensors are also becoming more and more popular. Sensors of this type are typically mounted on the gripper to detect and feel what the object being grasped is. The Bonner sensor is usually able to detect the velocity and derive the velocity distribution to know the exact location of the object, allowing you to control the position of the grip and the grip of the end effector. There are also some tactile sensors that can detect changes in heat.