The switching power supply is essentially an oscillating circuit. This way of converting electrical energy is not only applied to the power supply circuit, but also widely used in other circuit applications, such as backlight circuits of liquid crystal displays, fluorescent lamps, and the like. Compared with transformers, switching power supplies have the advantages of high efficiency, good stability, small size, etc. The disadvantage is that the power is relatively small, and high-frequency interference is generated to the circuit. The transformer feedback oscillation circuit can generate regular pulse current or voltage. The circuit is called an oscillating circuit, and the transformer feedback oscillating circuit is a circuit that can satisfy this condition. 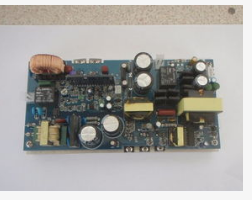 Isolated power supplies can be divided into two broad categories according to their structural form: forward and flyback.

Both forward and flyback circuits have their own characteristics, and they can be used flexibly in order to achieve optimal cost performance in the process of designing circuits. Flyback is usually available in low power applications. A slightly larger single-tube forward circuit can be used, a medium-power dual-tube forward circuit or a half-bridge circuit can be used, and a push-pull circuit is used at a low voltage, which is the same as the half-bridge operation state. High-power output, generally using bridge circuit, low-voltage can also use push-pull circuit. Because of its simple structure, the flyback power supply eliminates an inductor similar in size to the transformer, and is widely used in small and medium power supplies. In some introductions, the flyback power supply can only achieve tens of watts, and the output power exceeds 100 watts, which has no advantage and is difficult to implement.

The Y capacitor should be placed at the chassis ground terminal or FG connector. The total inductance is kept at a certain distance from the transformer to avoid magnetic coupling. The output capacitor can generally be used with two ones close to the rectifier and the other should be close to the output terminal, which can affect the output ripple index of the power supply. The parallel effect of two small-capacity capacitors should be better than using a large-capacity capacitor. The heating device should be kept at a certain distance from the electrolytic capacitor to extend the life of the whole machine. The electrolytic capacitor is the bottle strength of the switching power supply life. For example, the transformer, the power tube, the high-power resistor must be kept away from the electrolysis, and the heat dissipation space must be left between the electrolysis. , conditions allow it to be placed at the air inlet.

Second, some principles of printed circuit board wiring

When designing the printed board, the influence of the interference on the system should be taken into consideration. The analog part of the circuit and the circuit of the digital part should be strictly separated. The core circuit should be protected, the system ground should be surrounded, and the wiring should be as thick as possible. DC-DC isolation, signal isolation, design of isolated power supply, analysis of parts that are prone to interference (such as clock circuits, communication circuits, etc.) and parts that are easily interfered (such as analog sampling circuits, etc.) The circuit takes separate measures. Inhibition measures are taken for the interference components, isolation and protection measures are taken for the sensitive components, and they are spatially and electrically separated.

When designing at the board level, it is also important to note that the components are placed away from the edge of the printed board, which is advantageous for shielding against air discharge. Line spacing: With the continuous improvement and improvement of the printed circuit board manufacturing process, there is no problem in the general processing factory to make the line spacing equal to or less than 0.1mm, which can fully satisfy most applications. Considering the components and production process used in the switching power supply, the minimum line spacing of the dual-panel is set to 0.3mm, the minimum line spacing of the single-panel is set to 0.5mm, and the pads and pads, pads and vias or vias are used. Holes, with a minimum spacing of 0.5mm, avoid "bridging" during soldering operations. Therefore, most of the board manufacturers can easily meet the production requirements, and can control the yield very high, and can achieve reasonable wiring density and a more economical cost. The minimum line spacing is only suitable for the signal control circuit and the low voltage circuit with a voltage lower than 63V. When the line voltage is greater than this value, the line spacing can generally be taken according to the empirical value of 500V/1mm.

Method 1: The method of slotting the circuit board mentioned above is suitable for some occasions where the spacing is not enough. By the way, this method is also commonly used as a protection discharge gap, which is common in the TV picture tube tail plate and the power AC input. . This method has been widely used in module power supply and can achieve good results under potting conditions.

Method 2: Pad insulating paper, which can be insulated materials such as green paper, polyester film, and PTFE oriented film. Generally, the general-purpose power supply uses a green paper or a polyester film pad between the circuit board and the metal casing. This material has high mechanical strength and a certain resistance to moisture. PTFE oriented film is widely used in module power supplies due to its high temperature resistance. An insulating film may also be interposed between the component and the surrounding conductor to improve insulation and electrical resistance.

The aluminum substrate is constructed by itself, and has the following characteristics: the thermal conductivity is very good, the copper is single-sided, the device can only be placed on the copper surface, and the electrical connection hole cannot be opened, so the jumper cannot be placed in the same manner as the single panel. The chip device is generally placed on the aluminum substrate, and the switch tube and the output rectifier tube conduct heat through the substrate, and the heat resistance is low, and high reliability can be achieved. The transformer adopts a planar patch structure, which can also dissipate heat through the substrate, and its temperature rise is lower than conventional. The same specification transformer adopts an aluminum substrate structure to obtain a large output power. Aluminum substrate jumpers can be handled by bridge.

Trace current density: Most circuits are now made of insulating plated copper. The copper thickness of the common circuit board is 35μm, and the current density value can be taken according to the empirical value of 1A/mm. For the specific calculation, please refer to the textbook. In order to ensure the mechanical strength of the routing, the line width should be greater than or equal to 0.3mm. The copper thickness is 70μm. The circuit board is also commonly used in switching power supplies, so the current density can be higher. Some products in the module power supply line also use multi-layer boards, which are mainly convenient for integrating power devices such as transformer inductors, optimizing wiring and power tube heat dissipation. The utility model has the advantages of good process consistency and good heat dissipation of the transformer, but the disadvantage is that the cost is high and the flexibility is poor, and it is only suitable for industrial large-scale production.

Single-panel, market-distributed general-purpose switching power supplies almost all use single-sided circuit boards, which have the advantage of low cost, and some measures in design and production process can also ensure their performance. In order to ensure good soldering mechanical structure performance, the single-panel pad should be slightly larger to ensure good adhesion between the copper and the substrate, without being peeled off or broken when subjected to vibration. Generally, the width of the welding ring should be greater than 0.3mm. The diameter of the pad hole should be slightly larger than the diameter of the device pin, but it should not be too large, so that the soldering distance between the pin and the pad is the shortest. The size of the hole does not hinder the normal inspection. The diameter of the pad hole is generally larger than the pin. The diameter is 0.1-0.2mm. Multi-pin devices are also larger to ensure a smooth check.

The components on the single panel should be close to the circuit board. For devices that require overhead heat dissipation, it is necessary to add a sleeve to the pin between the device and the circuit board to support the device and increase the insulation. To minimize or avoid external force impact on the pad and pin connection. The effect is enhanced to enhance the firmness of the weld. The heavier components on the board can increase the support connection point and strengthen the connection strength with the circuit board, such as transformers, power device heat sinks. The double-pad pad has a higher metallization strength than the hole, and the solder ring can be smaller than the single-layer. The hole diameter of the pad hole is slightly larger than the diameter of the pin because the solder solution penetrates into the top layer through the solder hole during the soldering process. Pads to increase soldering reliability.

The line width can be processed according to the previous post. If the width is not enough, the tin plating can be used to increase the thickness on the trace to solve the problem. There are many methods.

1. Set the trace to the pad properties so that the trace is not covered by the solder mask when the board is manufactured, and the hot air is plated with tin.

2. Place the pad at the wiring and set the pad to the shape that requires the trace. Be careful to set the pad hole to zero.

3. Place the wire in the solder mask. This method is the most flexible, but not all board manufacturers will understand your intentions.

Several methods of tinning the solder resist line at the place where the solder resist layer is placed are as above. Generally, the width of tin plating can be 1~1.5mm, the length can be determined according to the line, and the tin plating part is 0.5~1mm. The double-sided circuit board provides great selectivity for layout and routing, which can make wiring more. It tends to be reasonable.

Regarding the grounding, the power ground must be separated from the signal ground. The two grounds can be merged at the filter capacitor to avoid the occurrence of unstable unexpected factors caused by the large pulse current passing through the signal ground. The signal control loop uses a grounding method as much as possible. Voltage feedback sampling, in order to avoid the influence of large current through the trace, the sampling point of the feedback voltage must be placed at the end of the power output to improve the load effect of the whole machine. The change of the trace from one wiring layer to the other is generally connected by a via hole, which is not suitable through the device pin pad, because it is possible to break the connection when the device is inserted, and when the current is passed every 1A. There should be at least 2 vias, the via hole principle should be greater than 0.5mm, and generally 0.8mm to ensure processing reliability.