Security robots have gradually entered people's field of vision. They have human-like limbs and sensory functions. They have a certain degree of intelligence. In fact, the robot body is equipped with a variety of sensors. How much can it be loaded to be as sensitive as humans?

Machine vision is a system that enables robots to have a perceptual function. It acquires images through visual sensors for analysis, allowing robots to recognize objects, measure and judge, and achieve positioning. Industry insiders pointed out that the smart smart sensors currently used in China account for about 60% of the market share of the machine vision system market. The advantage of the visual sensor is that it has a wide detection range and rich information. In practical applications, multiple visual sensors are often used or used together with other sensors. The shape, distance, speed and other information of the object can be obtained by a certain algorithm.

The sound sensor acts like a microphone (microphone). It is used to receive sound waves and display a vibrating image of the sound. However, the intensity of the noise cannot be measured. Acoustic sensors are primarily used to sense and interpret sound waves in gases (non-contact sensations), liquids or solids (contact sensations). The sonic sensor complexity can range from simple sound wave detection to complex acoustic frequency analysis until individual speech and vocabulary recognition in continuous natural language.

The distance sensors for intelligent mobile robots include laser range finder (and measurable angle), sonar sensor, etc. The laser radar sensor developed in recent years is currently a mainstream type, which can be used for robot navigation and avoiding obstacles. For example, the RPLIDARA2 laser radar developed by SLAMTEC can perform 360-degree full-scale scanning ranging to obtain the contour map of the surrounding environment. The sampling frequency is up to 4000 times per second, which is the highest measurement frequency of the low-cost laser radar in the industry. The SLAMWARE autonomous positioning navigation solution with SLAMTEC can help robots build their own maps, real-time road planning and automatically avoid obstacles. 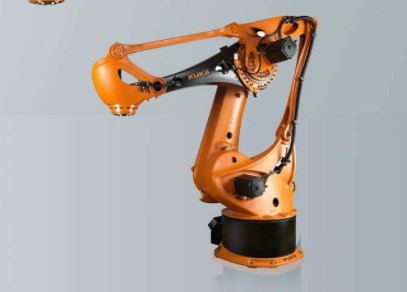 Tactile sensors are primarily used in sensors that mimic haptic functions in robots. Tactile sensation is an important sensory function when people are in direct contact with the external environment. Developing a tactile sensor that meets the requirements is one of the key technologies in the development of robots. With the development of microelectronics technology and the emergence of various organic materials, a variety of tactile sensor development solutions have been proposed, but most of them are currently in the laboratory stage, and there are not many products.

Find obstacles in front and limit the range of motion of the robot to avoid collisions with obstacles.

The sliding sensor is mainly a sensor for detecting the degree of slip between the robot and the gripping object. In order to determine an appropriate grip force value when grasping an object, it is necessary to detect the relative sliding of the contact surface in real time, and then judge the grip strength, gradually increasing the force without damaging the object, and the sliding detection function is necessary for realizing the flexible grip of the robot. condition. The recognition function can be realized by the sliding sensor, and the surface roughness and hardness of the object to be grasped can be judged.

The force sensor is a sensor for detecting the interaction force between the robot's own force and the external environmental force. Force sensors are often placed at the joints of the robot to measure the force indirectly by detecting the deformation of the elastomer. The force sensor installed at the joint of the robot often appears in a fixed three-coordinate shape, which is beneficial to meet the requirements of the control system. The current six-dimensional force sensor can measure the full force information, because it is mainly installed in the wrist joint and is called the wrist force sensor.

Most of the wrist force sensor adopts the principle of strain electric measurement. According to its elastic structure, it can be divided into two types, the barrel type and the cross-shaped wrist force sensor. The tubular type has the characteristics of simple structure, high utilization rate of elastic beam and high sensitivity; and the cross-shaped sensor has simple structure and easy coordinate establishment, but high processing precision.

Speed ​​sensors measure both translational and rotational motion speeds, but in most cases, they are limited to measuring rotational speed. Using the derivative of the displacement, especially the photoelectric method, the light is irradiated to the rotating disk, and the rotation frequency and the number of pulses are detected to obtain the rotation angle, and the disk is made to have a slit, and the angular velocity is recognized by the two photodiodes, that is, the rotation speed. This is the photoelectric pulse speed sensor.