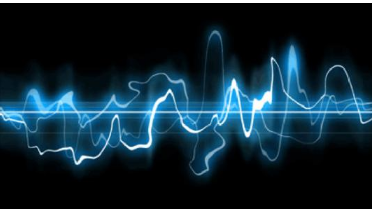 1. Power frequency interference: the frequency is about 50 ~ 60Hz, mainly the electromagnetic field radiation generated by the transmission and distribution system and the electric traction system;

2. Very low frequency interference: Interference radiation below 30KHz, lightning, nuclear explosion and electromagnetic pulses generated by earthquakes, the energy of which is mainly distributed in this frequency band;

6. Nuclear electromagnetic pulse interference: The frequency is from KHz until it is close to DC, and the range is wide.

In February 1999, a seminar on IEMI was held at the Zurich Electromagnetic Compatibility Conference. I agree to define IEMI as: maliciously creating electromagnetic energy for the purpose of terror and crime, generating noise and signals to electrical and electronic systems and equipment, thereby disrupting, interrupting, or damaging these systems and equipment. There is no explicit mention of hackers in this definition, but in most countries, attacks on the "entertainment" system for commercial gain are illegal.

The threat of IEMI is indeed there. The threat of terrorism to the world is increasing, and IEMI is a new means of terror. Attacks can be carried out concealed through many physical obstacles (such as walls, borders, etc.). China's satellite TV broadcasting has been interfered and inserted several times, which belongs to IEMI.

Fourth, the general characteristics of IEMI

From the perspective of signal types, the electromagnetic interference of the electromagnetic environment can be divided into two categories, one is broadband, and the other is narrowband. From the point of view of energy transmission, there are also two ways, one is radiative and the other is conductive. The narrowband attack signal waveform is almost a single frequency (typically less than 1% of the bandwidth relative to the center frequency) and radiates over a period of time (typically on the order of microseconds). The most likely affected devices are between 0.3 and 3 GHz. Of course, the performance of devices outside this frequency range can also be affected, especially for systems with resonance. Such electromagnetic radiation may also have modulation. This type of radiation is generally referred to as high power microwave radiation (HPM). This term also includes radiation other than microwaves.

The energy of the narrow-band interference signal is concentrated at a single frequency, and it is easy to generate a field strength of several hundred kilovolts per meter. Can cause permanent damage to the device. In contrast, the energy of broadband electromagnetic interference is distributed at various frequencies, so the field strength is relatively weak. Because its energy is distributed over many frequencies, many frequencies can be affected for a system, and this interference is mostly repetitive, lasting for a few seconds, or even a few minutes, increasing the damage of equipment. possibility.

The above interference, like other interferences handled by electromagnetic compatibility, can be entered into the electronic device by radiation, or it can be accessed through wires and cables. For radiated interference, it seems that radiation with a frequency higher than 100 MHz is the most concerned. This radiation easily penetrates unprotected walls, enters the interior of the building, and is coupled to the machine. Moreover, the antenna of this frequency band can be done very well. According to the test done by IEC standard 61000-4-3, the general commercial equipment is easily affected when the field strength is 3~10V/m (80MHz~2.5GHz). . Of course, the program of the device is different and the degree of interference is different.

1. Transmission line corona clutter. There are many measured data on transmission lines. Based on these data, a practical formula for calculating corona clutter can be obtained. However, the mechanism of occurrence, emission and propagation of such clutter are not fully understood, and the theory in this area still needs to be discussed.

2. Car clutter. Car clutter is the main cause of urban clutter in the very high frequency (VHF) to ultra high frequency (UHF) bands. According to the measurement results of its strength and characteristics, corresponding measures can also be taken to make the quality of radio and television basically unaffected. However, recently, due to the widespread use of electronic devices for vehicle control and mobile communication devices, this problem has been re-proposed. The Stanford Research Institute (SRI) has improved the main components of the ignition system's clutter, the ignition plug and the distributor contacts, reducing the clutter in the 30MHz to 500MHz band by 13-20dB. In addition, some people find the pulse clutter amplitude distribution of each ignition plug of the 6-engine engine. In the case of the distributor, if the electrode gap is from 0.27 mm to 2.39 mm, the clutter can be reduced by 10 decibels. If silver contacts are added to the load electrodes or covered with multiple alloys, the clutter can be reduced. Automotive electrical devices other than the ignition system can also emit clutter, and their characteristics are being tested.

3. Contact with clutter. It can be roughly divided into clutter of the contactor itself and clutter caused by discharge when the conductor is opened and closed. The discharge clutter generated by the opening and closing of the relay and motor contacts and the commutator brushes accounts for a considerable proportion of the artificial clutter.

4. Electric locomotive clutter. When the electric locomotive is running, the discharge between the conductive, bow and the antenna is also one of the sources of human clutter. If the current path of the pantograph is surrounded by filter material and some auxiliary measures are taken, the clutter can be reduced by 20 decibels, but an absolutely effective method for preventing clutter has not been found so far.

5. Industrial Scientific Medical Radio Frequency Equipment (ISM) Clutter. The ISM equipment is a frequency conversion device that converts 50 Hz AC into RF by RF oscillation, for industrial induction and dielectric heating, medical electrothermal and surgical tools, as well as ultrasonic generators and microwave ovens. Although the ISM equipment itself is shielded, there are gaps, hole oil, pipeline in and out, and poor grounding, and there will still be electromagnetic field leakage to form interference.

6. City clutter. Since urban clutter is closely related to social activities, it always changes over time. Urban clutter tests are conducted regularly every year in Japan. There are also many scholars and experts in Europe and America to collect clutter test data. This work in our country has also begun. The roots, extent and characteristics of urban clutter are changing at any time. The test methods and statistical methods are still to be further explored.

7. Other. The above mainly introduces the current situation and existing problems of several artificial clutter. In addition, abnormal actions such as electrostatic discharge and radio stations are sometimes harmful. Moreover, almost all kinds of clutter mixed waves generated by transients are transmitted on the power lines of almost all machines, which causes malfunction of the machine. With the widespread adoption of digital circuits, the problem is even more serious. In addition, it has been found that there are unexplained interferences. The microswitches of the automated boiler igniters in the food industry also have poor contact conditions, so it is also necessary to speed up the study to determine the cause of these clutter.

Everyone knows that there are three major effects in a nuclear explosion: shock waves, thermal radiation (light radiation) and radioactive contamination. In fact, nuclear weapons also have a fourth effect - Electron Microwave Pulse (EMP). If the hydrogen bomb is exploded at a high altitude outside the atmosphere, since there is no air, no shock wave is generated and no heat radiation is generated. The radioactive dust is weakened by the square of the distance and then absorbed by the atmosphere, so it is weak when it reaches the ground. Not harmful to people. However, nuclear explosions at altitudes of more than 100 kilometers can produce strong electromagnetic pulses (50~100kV/m) in areas of several million square kilometers. At present, one of the third-generation nuclear weapons under development in the United States, Russia and other countries is the nuclear electromagnetic pulse bomb. Here, the electromagnetic pulse effect of a nuclear explosion is highlighted. If the general nuclear weapon releases only 3/1010 to 3/105 of the total energy released by the nuclear bomb in the form of electromagnetic pulses, the nuclear electromagnetic pulse bomb can increase this value to 40%. The consequence of EMP is to destroy electrical and electronic equipment without harming people, just as opposed to neutron bombs. EMP can damage enemy command, control, communication and intelligence (Command, Control, CommunicaTIon & Intelligence, abbreviated as C3I) system, power network disconnection, metal pipelines and underground cable communication network, etc. No communication, no computer, no world. It is precisely because of not killing people that this "normalizes" nuclear weapons, thereby increasing the danger of nuclear war.

Since the 1980s, electronic devices have undergone fundamental changes, and integrated circuits have replaced transistors, which has greatly reduced the ability to resist damage (high-voltage, high-current breakdown and burnout). The current of an integrated circuit is one thousandth of a transistor, which is one millionth or even one thousandth of a tube. Nuclear electromagnetic pulses have become a threat to electronic devices. The higher the level of microelectronics technology, the worse the resistance of electronic equipment. It is no wonder that some Russian military aircraft now use radio tubes instead of transistors and integrated circuits. There are many national field radio stations that are assembled with discrete components.