How to reduce electromagnetic interference EMI during PCB design

The electronic signals of electronic devices and the frequency of processors continue to increase, and electronic systems are already complex devices that contain multiple components and many subsystems. High density and high speed will increase the radiation of the system, while low voltage and high sensitivity will reduce the immunity of the system. Therefore, electromagnetic interference (EMI) is a threat to the safety, reliability and stability of electronic equipment. When designing electronic products, the design of the PCB is critical to solving EMI problems. This article mainly explains the places to pay attention to when designing PCBs, thus reducing the electromagnetic interference problem in PCB boards. 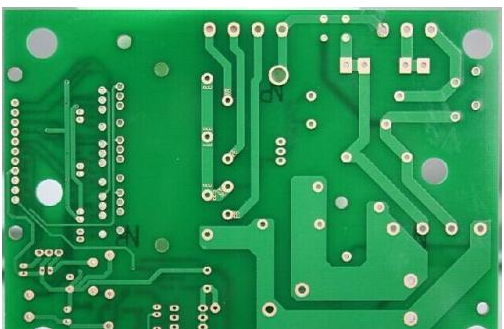 There are many solutions to the EMI problem in today's PCB board design techniques, such as EMI suppression coatings, suitable EMI suppression parts, and EMI simulation designs. The above film describes how to reduce EMI. Now briefly explain these tips.

Tip 1: Common mode EMI interference sources (such as the voltage drop formed by the transient voltage formed in the power busbar across the inductor of the decoupling path)

- With low-value inductors in the power plane, the transients synthesized by the inductors are reduced and common-mode EMI is reduced.

- Reduce the length of the power layer to IC power pin connections.

- Try to place the signal traces on the same PCB layer and close to the power or ground plane.

Tip 3: The layout of the parts (different layouts will affect the circuit's interference and anti-interference ability)

- Block processing according to different functions in the circuit (such as demodulation circuit, high-frequency amplifier circuit and mixing circuit, etc.), in which the strong and weak electrical signals are separated, and the digital and analog signal circuits are separated.

- Parts that are susceptible to interference should be avoided as much as possible in the layout, such as CPU interference on the data processing board.

- Do not have the traces close to the border of the PCB board to avoid disconnection during production.

- The power cord is wider and the loop resistance is reduced.

- The signal line is as short as possible and the number of vias is reduced.

- The corner wiring should not be used at right angles, and should be at 135° angle.

Reducing electromagnetic interference is an important part of PCB board design. As long as you want to go to this side of the design, it will naturally be more qualified in product tests such as EMC testing.