How to improve the electromagnetic compatibility of mobile phones

The problems in the electrostatic discharge immunity test are mainly reflected in the following aspects:

(1) The mobile phone call is interrupted.

There is a problem with the call effect, such as howling or the sound disappears;

The software has a false alarm. For example, if the charger is not plugged in, the prompt “Charging is connected and the charger has been removed” is frequently displayed. 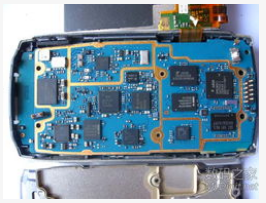 (3), the phone automatically shuts down or restarts. This problem can occur both during a call and during standby.

(4) Electrostatic discharge causes the mobile phone to fail or be damaged.

Some of the features of the phone cannot be recovered after restarting due to some device damage, such as camera function;

Can not be turned on again after automatic shutdown;

When testing with a charger, the charger may also experience problems such as failure, damage, or explosion.

(1) Interrupted call: The main reason for the interruption of the call is that the electrostatic discharge affects the RF circuit and/or the baseband circuit inside the mobile phone, causing a decrease in the communication signal-to-noise ratio and a problem in the signal synchronization, resulting in a call interruption.

(2), automatic shutdown or restart: the reset circuit of the baseband circuit is affected by static electricity, causing the mobile phone to be shut down or restarted by mistake.

(4) Software failure: The electrostatic interference signal is treated as a useful signal, causing the operating system to respond incorrectly.

(1) Consider the electrostatic discharge problem in the design scheme

Try to choose a device with a high level of static sensitivity;

The device is isolated from the static power supply;

Ground plane design: Try to use the complete ground plane on the PCB; the larger the PCB ground contact area, the better; do not have large gaps;

The ground wire of the PCB needs low impedance and good isolation;

The power supply and ground layout are better in the middle of the board than in the surrounding area;

Place a high frequency bypass capacitor between the power supply and ground;

(2) Rectification suggestions after the occurrence of static electricity problems For the above electrostatic discharge problems, the following steps need to be taken to rectify.

b) discharge from different directions, observe the difference between the phenomena, determine all discharge points and discharge paths;

c) From low to high, test at different voltages to determine which voltage range of the mobile phone is unqualified;

d) test several prototypes, analyze commonalities, and confirm the cause of failure;

e) judging relevant sensitive devices according to the coupling path, the unqualified phenomenon, and the discharge path;

g) Verify and correct the solution through testing. The following measures can be specifically adopted in the rectification.

The problem of chassis gaps, buttons, and FPCBs can be handled by media isolation;

Problems such as camera, microphone, and earpiece can be handled by media isolation, enhanced grounding, etc.

For the interface circuit and the key of the key chip, it should be protected by using protection devices (such as TVS tube, ESD protection device); for software failure, it can be improved by adding some logic judgment to correctly detect and process the alarm information. .

The principle of electrical fast transient burst generation is as follows: when an inductive load (such as a relay, contactor, etc.) is disconnected, due to insulation breakdown of the switch contact gap or contact bounce, etc. Transient harassment. When the inductive load repeats the switch multiple times, the pulse group will repeat repeatedly in the corresponding time gap. This kind of transient disturbance energy is small and generally does not cause damage to the equipment, but due to its wide spectral distribution, it will affect the reliable operation of the mobile phone.

The electrical fast transient pulse waveform is directly transmitted into the handset through the charger, causing excessive noise voltage on the motherboard circuit. When the live or neutral line is injected separately, despite the common mode injection to ground, there is differential mode interference between the live and neutral lines, which will appear at the DC output of the charger. When the hot and neutral lines are injected at the same time, there is common mode interference, but the output of the charger is not greatly affected. The reasons for the problems caused by the mobile phone during the testing process are complicated, and the specific aspects are as follows.

In the early design, the electric fast transient burst suppression function was not considered. No related filter components were added. The PCB design integrated wiring also did not pay attention to cable isolation. The motherboard grounding design also did not meet the specifications, and the key components did not. Take shielding protection measures, etc.;

The manufacturer does not select key components with reliable performance in the selection of component suppliers, resulting in aging of the device or device failure during the test, which is easily interfered by electrical fast transient pulses;

During the detection process, due to problems in other test items, the rectification may be caused, and the selection of the rectification plan may affect the failure of the electric fast transient burst test.

For the problems of electric fast burst group interference test, filtering and absorption methods can be adopted to achieve the suppression of electrical fast transient pulses.

(1) In the initial stage of mobile phone design, it is important to consider the design of suppressing fast transient bursts.

In the PCB layer power input position to filter, usually the combination of size and capacitance, according to the actual situation, you can add a first-order magnetic beads to filter high-frequency signals, as far as possible to use surface packaging;

Minimize the common ground impedance of the PCB;

The PCB layout tries to keep the interference source away from the sensitive circuit;

PCB traces should be as short as possible;

The software should correctly detect and process the alarm information and restore the status of the product in time.

(4) If there is a problem during the EFT test, the motor can be rectified by adding a magnetic ring or an electric fast transient pulse group filter. The smaller the inner diameter of the magnetic bead, the larger the outer diameter and the longer the length. The better. The rectification method using the TVS tube has a limited effect;

(5) According to the latest GB/T 17626.4-2008 standard, the repetition frequency will increase the 100 kHz option, which will be more severe than 5 kHz. Manufacturers should pay attention to the related electrical fast transient burst test protection work as early as possible.

3.2. Analysis of related problems of radiated disturbance and conduction disturbance

The reasons for the problem may be as follows.

Chargers and mobile phones did not adequately consider electromagnetic compatibility during the initial design phase;

At the time of design, no electromagnetic compatibility for radiated disturbance and conducted disturbance is designed and countermeasures are taken;

The electromagnetic compatibility of the components selected by the charger and the mobile phone is not good or the quality is not up to standard;

(1) In the design stage, the electromagnetic compatibility characteristics should be fully considered, and the grounding design of the circuit board should be properly considered. The grounding loop should be kept as small as possible. Use the grid grounding, and the signal line or power line should be as close as possible to the ground. During the design process, filtering measures are taken on the charging ports of the charger and the mobile phone, shielding measures are taken for the radiation-emitting sensitive components, and the shielding cover is added.

(3) Optimize the position, layout and wiring of the device. Device layouts are always grouped by function and device type. For example, for boards with both analog and digital devices, the devices can be grouped by operating voltage and frequency; for a given product line or The supply voltage, which groups the devices by function. After the device grouping is completed, the power layer must be placed under each device group according to the difference in the power supply voltage of the component group. If there are multiple layers, then the digital ground plane must be placed close to the digital power layer, and the analog power layer should be closely placed in analog, and the analog ground and the digital ground should have a common location. Typically, there are A/D or D/A devices in the circuit that are powered by both analog and digital supplies, so place the converter between the analog and digital supplies. If the digital ground and analog ground are separate, they will merge at the converter. When the board is grouped according to the device family and the supply voltage, the signals in the group cannot be transmitted across the other device group. If the signal crosses the limit, it cannot be tightly coupled to its return path, which increases the loop area of ​​the circuit. The inductance increases and the capacitance decreases, which in turn leads to an increase in common mode and differential mode interference. Avoid various isolation bands during board design. Although a row of through holes that are close together does not violate the design rules, too many vias on the power plane and the ground plane are sometimes equivalent to opening an isolation strip, to avoid wiring in this area, for example, a 3 ns If the signal loop deviates from its source path by 0.40 inches, the overshoot/undershoot and induced crosstalk will increase significantly enough to cause abnormal operation of the circuit and increase differential mode and common mode interference.

(4) Fully consider the compatibility and matching of the charger and the mobile phone. The output current of the charger should be greater than the peak current of the phone. Before selecting a matching charger, the corresponding charger should be used with the mobile phone for pre-test of radiated disturbance and conducted disturbance, verify the electromagnetic compatibility between the two, and select a charger with good electromagnetic compatibility.

If the influence of the charger is the main factor, first confirm whether the various devices of the charger are working properly; if there is a problem with a certain device, replace the corresponding device before testing. Increasing the filter capacitance or improving the corresponding filter circuit will improve both radiated and conducted disturbances.

With a good charging cable, it is recommended to use a shielded cable that can be grounded at both ends.

In summary, for radiation disturbance and conducted disturbance, the following principles should be grasped:

a) focus on the EMC design of the design phase;

b) pay attention to the matching of charger and mobile phone;