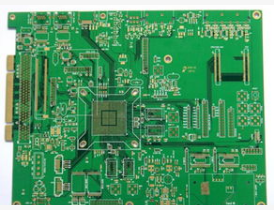 2. The importance of EMC in design

If various electrical equipment in a system can work normally without mutual electromagnetic interference causing performance changes and equipment damage, people will call the electrical equipment in this system compatible with each other. However, with the diversification of equipment functions, the complexity of the structure, the increase in power and the increase in frequency, at the same time their sensitivity is getting higher and higher, and this mutually compatible state is becoming more and more difficult to obtain. In order for the system to achieve electromagnetic compatibility, it must be based on the electromagnetic environment of the system. It is required that each electrical equipment does not generate electromagnetic emissions exceeding a certain limit, and at the same time it must have a certain ability to resist interference. Only by making constraints and improvements in these two aspects for each device can we ensure that the system is fully compatible.

Common electromagnetic interferences are as follows:

(1) Radio frequency interference. Due to the proliferation of existing radio transmitters, radio frequency interference poses a great threat to electronic systems. Cell phones, handheld radios, radio remote control units, pagers and other similar devices are now very common. No harmful power is required to cause harmful interference. Typical faults occur in the RF field strength range of 1 to 10V / m. In Europe, North America, and many Asian countries, avoiding RF interference to damage other equipment has become a legal requirement for all products.

(3) Power interference. As more and more electronic devices are connected to the power backbone network, there will be some potential interference in the system. These disturbances include power line disturbances, electrical fast transients, surges, voltage changes, lightning transients, and power line harmonics. For high-frequency switching power supplies, these interferences become significant.

(4) Self-compatibility. Digital parts or circuits of a system may interfere with analog equipment, create crosstalk between wires, or a motor may cause disturbances in digital circuits.

An electronic product that does not comply with EMC specifications is not a qualified electronic design. In addition to designing products to meet market functional requirements, appropriate design techniques must be employed to prevent or eliminate the effects of EMI.

For high-speed (Printed Circuit Board, printed circuit board) design EMI problems, there are usually two methods to solve: one is to suppress the effects of EMI, and the other is to shield the effects of EMI. These two methods have many different manifestations, especially the shielding system minimizes the possibility of EMI affecting electronic products.

Radio frequency (RF) energy is generated by switching currents in printed circuit boards (PCBs), which are byproducts of digital components. In a power distribution system, each logic state change will generate an instantaneous surge. In most cases, these logic state changes will not generate enough ground noise voltage to cause any functional impact. When the edge rate (rise time and fall time) becomes relatively fast, enough RF energy is generated to affect the normal operation of other electronic components.

3.1 Causes of electromagnetic interference on PCB

Improper practices often cause out-of-specification EMI on the PCB. Combined with the characteristics of high-frequency signals, the main aspects related to PCB-level EMI include the following aspects:

(1) Improper use of packaging measures. For example, devices that should be packaged in metal are packaged in plastic.

(2) The PCB design is poor, the completion quality is not high, and the grounding of the cable and connector is poor.

(3) Improper or even wrong PCB layout.

In actual EMI shielding, the effectiveness of electromagnetic shielding depends largely on the physical structure of the chassis, that is, the continuity of conduction. The seams and openings on the chassis are sources of electromagnetic wave leakage. In addition, the cable passing through the chassis is also the main cause of the shielding effectiveness. The electromagnetic leakage of the opening on the chassis is related to the shape of the opening, the characteristics of the radiation source, and the distance from the radiation source to the opening. The shielding effectiveness can be improved by appropriately designing the opening size and the distance from the radiation source to the opening. Generally, the way to solve the electromagnetic leakage of the slot of the case is to use an electromagnetic sealing gasket in the slot. Electromagnetic sealing gasket is a conductive elastic material, which can maintain the continuity of conduction in the gap. Common electromagnetic sealing gaskets are: conductive rubber (doped with conductive particles in rubber, so that this composite material has both rubber elasticity and metal conductivity.), Double conductive rubber (it is not mixed in all parts of rubber Incorporating conductive particles, the benefits obtained in this way are both to maintain the elasticity of the rubber to the greatest extent and to ensure electrical conductivity), metal braided mesh sleeves (rubber-based metal braided mesh sleeves), spiral tube liners (using stainless steel, Spiral tube made of beryllium copper or tin-plated beryllium copper). In addition, when the ventilation requirements are relatively high, a cut-off waveguide ventilation board must be used. This board is equivalent to a high-pass filter and does not attenuate electromagnetic waves higher than a certain frequency, but for electromagnetic waves lower than this frequency, For a large attenuation, reasonable application of this characteristic up to the waveguide can well shield EMI interference.

It is generally believed that if the frequency of a digital logic circuit reaches or exceeds 45MHZ ~ 50MHZ, and the circuit working above this frequency has already occupied a certain amount of the entire electronic system (such as 1/3), it is called a high-speed circuit. In fact, the harmonic frequency of the signal edge is higher than the frequency of the signal itself, which is an unexpected result of signal transmission caused by the rapidly changing rising and falling edges (or signal transitions) of the signal. To achieve EMC-compliant high-frequency PCB design, the following technologies are usually required: including bypass and decoupling, ground control, transmission line control, and wiring termination matching.

Decoupling refers to removing RF energy that enters the distribution network from high-frequency devices during device switching, while bypassing is the transfer of unwanted common-mode RF energy from components or cables.

All capacitors are composed of LCR circuits, where L is the inductance, which is related to the length of the wire, R is the resistance in the wire, and C is the capacitance. At a certain frequency, the LC series combination will produce resonance. In the resonant state, the LCR circuit will have very small impedance and effective RF bypass. When the frequency is higher than the self-resonance of the capacitor, the capacitor becomes inductive impedance, and the effect of bypassing or decoupling decreases. Therefore, the effect of capacitors for bypassing and decoupling is affected by the length of the leads, the traces between the capacitor and the device, and the dielectric filler. The ideal decoupling capacitor can also provide all the current required for logic device state switching. In fact, the impedance between the power supply and the ground layer determines how much current the capacitor can provide.

When the bypass and decoupling capacitors are selected, the self-resonant frequency of the required capacitor can be calculated by the logic series and the clock speed used, and the capacitance value is selected according to the frequency and the capacitive reactance in the circuit. When choosing the package scale, try to choose a capacitor with a lower lead inductance as much as possible. This usually manifests itself as an SMT (Surface Mount Technology) capacitor instead of a through-hole capacitor (such as a DIP packaged capacitor). In addition, in product design, parallel decoupling capacitors are often used to provide a larger operating frequency band and reduce ground imbalance. In a parallel capacitor system, when the frequency is higher than the self-resonant frequency, a large capacitor exhibits an inductive impedance and increases with increasing frequency; a small capacitor exhibits a capacitive impedance and decreases with increasing frequency. The impedance is smaller than that of a single capacitor.