Through EDA simulation, circuit parameters are designed using reliability optimization and reliability simplification techniques, and the following problems are addressed.

1 Self-oscillation of the line: Reasonably select the vibration-absorbing network to eliminate the oscillation caused by the irrationality of the R, L and C parameters of the DC/DC converter and reduce the level of EMI. DC/DC power supply works in the high-frequency switching state, sometimes reacts to self-excitation when it is loaded with full load, sometimes reflected as normal high temperature or low temperature self-excitation at room temperature, so the selection of components and the application of compensation network appear Particularly important.

In order to reduce the conduction of EMI through the input and output terminals of the DC/DC converter, in addition to LC filtering at the input and output terminals, high-frequency filter capacitors are also added between the input ground of the power supply and the metal casing, and between the output ground and the metal casing. To reduce the generation of common mode interference. However, it should be noted here that the capacitor withstand voltage should be greater than 500V to meet the product isolation voltage requirements.

Figure 1 Schematic diagram of the filter

In the figure, the input filter circuit composed of L1 and C1 and the output filter circuit composed of L2 and C2 can reduce the magnitude of the ripple current, thereby reducing the electromagnetic interference propagated by the radiation. The filter capacitors C1 and C2 are connected in parallel by a plurality of capacitors to reduce the equivalent series resistance, thereby reducing the ripple voltage. C3, C4, C5, and C6 are used to filter out common mode interference, and the value should not be large to avoid large leakage current.

The filter is a network of inductors and capacitors that separates the mixed AC and DC currents. In the power rectifier, the network is used to filter the chopping waves in the pulsating DC to obtain a relatively pure DC output. The most basic filter consists of a capacitor and an inductor called L-type filtering. All types of filters are formed by a collection of L-shaped single-section filters. The basic single-section filter consists of a series arm and a parallel arm. The series arm is an inductor and the parallel arm is a capacitor. The most common filters in power and audio circuits are L-type and π-type.

The main sources of interference for DC/DC converters are high-frequency transformers, power switching tubes and rectifier diodes, for which measures are taken one by one.

In the switching power supply, the transformer plays a role of voltage conversion, isolation and energy conversion in the circuit, and its operation is in a high frequency state, and the primary and secondary will generate noise and form electromagnetic interference EMI. When the switch is turned off, the leakage inductance of the high-frequency transformer will produce a back electromotive force E=-Ldi/dt, which is proportional to the current change rate (di/dt) of the collector, proportional to the leakage inductance, superimposed on the off On the breaking voltage, a turn-off voltage spike is formed, thereby forming conductive electromagnetic interference. In addition, the transformer's distributed capacitance to the outer casing forms another high-frequency path, making it easier for electromagnetic waves generated around the transformer to couple on other leads to form noise.

In order to reduce the influence of the leakage inductance of the transformer, the primary and secondary cross-winding methods are adopted and tightly coupled.

Use a can core as much as possible. Since the can core can seal all the coil windings inside the core, it has a good self-shielding effect and can effectively reduce EMI. 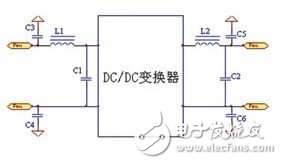 In order to absorb the overshoot generated by the rising edge and the falling edge, and possibly cause self-oscillation, increase the R and C absorption networks in the primary and secondary circuits to reduce spike interference. During debugging, the parameters of R and C must be carefully adjusted to ensure that the value of resistor R1 is between 30 and 200 Ω, and the value of capacitor C1 is between 100 and 1000 psi, so as not to affect the efficiency of the transformer.

As the power tube operates in the high frequency on/off switch state, electromagnetic interference EMI will occur. When a large pulse current flows through the switching tube, a rectangular wave is formed substantially, which contains many high frequency components. Wires with short-circuit currents and electromagnetic fields generated by transformers and inductors through which such pulsed current flows can form a source of noise. The load of the switch tube is a high-frequency transformer. At the moment when the switch tube is turned on, a large inrush current appears at the primary of the transformer, causing spike noise. This spike noise is actually a sharp pulse, which causes interference, and a heavy one may break through the switch. Therefore, the following measures must be taken.

Optimize the drive circuit design of the power tube. Through the snubber circuit, the on/off process of the power switch tube can be delayed.

The R and C snubber circuits are used to reduce the EMI level of their electromagnetic interference while maintaining the performance of the circuit.

The rectifier diode is in the off period and can cause spikes due to reverse recovery time. In order to reduce such electromagnetic interference, a diode having a soft recovery characteristic, a small reverse recovery current, and a short reverse recovery time must be selected. Schottky barrier diodes are majority carrier diversions, and there are no small sub-storage and recombination effects, so small voltage spikes are also generated, so the following measures are taken.

● Use R1 and C1 to form a bypass absorption network.

● Multiple Schottky is used to share the load current in parallel, effectively suppressing the EMI level formed by the rectifier diode. 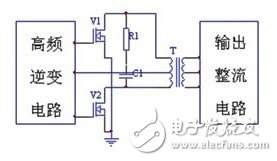 There are many aspects that affect the EMC of the product. In addition to optimizing the design on the line, how to properly arrange the position of the components and the wiring of the conduction band in the limited space of the substrate will directly affect the anti-interference of the components in the circuit and the electromagnetic compatibility of the products. EMC indicators.

For the internal high-frequency switching devices of the power supply, such as power VMOS tubes, high-frequency transformers, rectifiers, etc., the loop area of the circuit current should be reduced as much as possible, and should not be distributed in parallel with other guide strips.

When designing the wiring, the traces should be bent as little as possible, because the right angle or the angle will cause a sudden change in current and cause EMI interference. The line width on the guide tape should not be abrupt, and there is no sharp edge.

When printing the tape, try to use a high mesh screen to balance the line current. Resistance pastes and conduction band pastes with small current noise figure and good performance stability should be selected to ensure that no new interference is caused by the factor of process parameters.

2 Packaged in a metal hermetic structure

Circuit ground: In the circuit design, it mainly prevents interference and improves the radiation efficiency of radio waves. The ground line is widely used as a reference point for the potential to provide a reference potential for the entire circuit. At this time, the ground wire is not necessarily connected to the real earth, but is often connected to one of the input power lines (usually the zero line), and its potential is also independent of the earth potential. The entire circuit is designed with a ground voltage of 0V to unify the entire circuit potential. To further reduce the voltage drop in the ground loop, a bypass capacitor can be used to reduce the magnitude of the return current. In the circuit system where the low frequency and the high frequency coexist, the ground lines of the low frequency circuit, the high frequency circuit, and the power circuit should be separately connected, and then connected to the common reference point, and if possible, the ground layer is preferably designed.