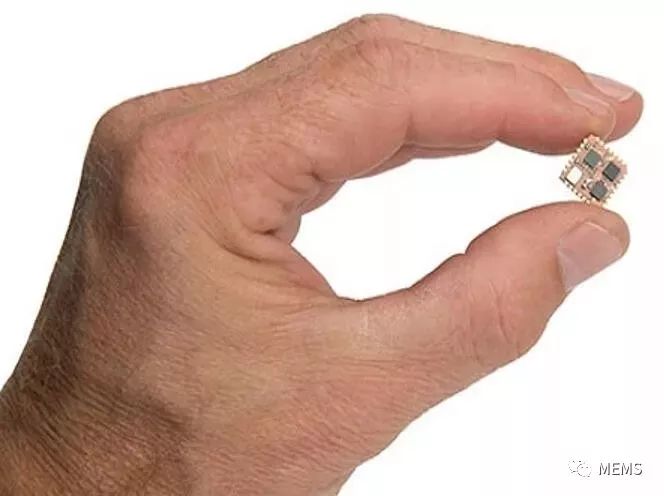 MEMS inertial sensors include MEMS gyroscopes and MEMS accelerometers. There are many ways to classify them. According to the accuracy from low to high, they can be divided into consumer grades (zero offset >100°/h) and tactical grades (zero offset 0.1°/h). ~ 10°/h).

According to the sensing principle, MEMS accelerometers can be divided into three types: piezoresistive, piezoelectric and capacitive. The piezoresistive accelerometer can convert the acceleration information into the electric signal output by converting the resistance on the corresponding cantilever beam into a voltage output, which has the advantages of small volume, simple processing technology, high precision, fast response speed, strong anti-electromagnetic interference and the like. . The piezoelectric MEMS accelerometer estimates the external acceleration by measuring the relationship between the internal varistor resistance change and the measured acceleration. It has a large measuring range, small weight, small volume, strong anti-interference ability, simple structure and high measurement accuracy. advantage. The capacitive MEMS accelerometer derives the external acceleration by detecting the amount of change in the capacitance value, and has the advantages of high measurement accuracy, high sensitivity, good stability, and low power consumption.

2 Overview of the development of MEMS inertial sensors

In 1954, C.S. Smith discovered the piezoresistive effect and provided a theoretical basis for the development of miniature pressure sensors. In 1967, the surface sacrificial layer process technology was proposed, and on this basis, a cantilever beam technology with a high resonance frequency was developed. In 1989, Draper Laboratories of the United States developed the first vibrating micro-electromechanical gyroscope, which is a major revolution in the field of inertial technology. In 1993, the laboratory developed a tuning fork vibrating micro-electromechanical gyroscope that will be used in the gyroscope. Development has taken a big step forward. In 1997, at the University of California, Berkeley, the first surface micromechanical Z-axis gyroscope was designed with a resolution of 1°/s. In 1999, the Yokohama Technology Center proposed a MEMS gyroscope with a decoupling design with a resolution of 1°/h. In 2001, Draper Laboratories of the United States designed a single crystal silicon tuning fork MEMS gyroscope with a temperature drift of 1°/(h/°C). In 2002, the American adi company developed the world's first monolithic integrated commercial gyroscope ADXRS. In 2004, HSG of Germany designed a surface micromechanical X-axis gyroscope with a sensitivity of 8mV/(°/s). In 2006, K. Maenska of Hyogo University of Japan reported a novel piezoelectric vibrating solid-state micromachined gyroscope composed of only a lead zirconate titanate prism with electrodes. In 2013, the French Electronics and Information Technology Laboratory designed a 3D condenser tuning fork gyro with a lateral suspension design.

The research on MEMS inertial devices in China started in the late 1990s. Since 1995, it has received strong support from the Ministry of Science and Technology, the Ministry of Education, and the National Natural Science Foundation of China. The development of domestic MEMS gyroscopes has achieved remarkable results. In 1998, Tsinghua University developed the nation's first tuning fork MEMS gyroscope with a resolution of 3°/s. In 2006, 49 Electronics Group and the Russian Institute of Applied Physics collaborated to develop a gyro with a resolution of 70°/h. In 2010, the State Key Laboratory of Sensor Technology of the Chinese Academy of Sciences reported a micromechanical vibration ring gyroscope with a high symmetrical structure. In 2012, Chun-Wei TsAI of Taiwan University produced a double decoupled micromachined gyroscope with a wide driving frequency. After more than 20 years of development, China's existing technology has formed a series of systems from design to production and testing. The accuracy of the devices of many famous MEMS inertial device companies in China has also been significantly improved.

The error analysis and compensation methods of MEMS inertial sensors are roughly divided into three types: the first one is to compensate by means of error compensation algorithm, that is, the error is compensated by algorithm fitting method; the second is to use rotation modulation technology to make IMU ( The inertial measurement unit is rotated by a rotating mechanism to eliminate the constant error (called rotational modulation) by rotation; the third is to use Allan analysis of variance to compensate for the random error of the system.

The rotary modulation technique was initially applied to an electrostatic gyro system, and the drift error torque was automatically compensated by the rotation of the housing. Since the introduction of the laser gyro, the United States has rapidly carried out research on the rotary inertial navigation system. In 1968, some scholars first proposed to compensate the drift error of the inertial sensor by rotating the IMU. In the 1970s, Rockwell developed an electrostatic gyro detector with a rotating technology that allowed the ship's associated ship system to have long-term accuracy. In the 1980s, Sperry developed a single-axis rotary inertial navigation system that used the classic single-axis four-position forward and reverse stop solution, which is still widely used until now. In 1989, NATO's standard inertial navigation system, the MK49 dual-axis rotary laser gyro inertial navigation system, was equipped on submarines and surface ships. At the National Defense University of Science and Technology, the application of rotary modulation technology to optical gyros was first started. Today, the rotary modulation technology mainly adopts a single-axis rotation scheme on MEMS, and the two-axis rotation scheme is relatively less applied due to the complexity of the rotating mechanism.

In equation (1), since the systematic errors caused by the gyroscope and the accelerometer's own measurement error are σωbib and σfb, the two errors of Cnbσωbib and Cnbσfb in the equation are introduced due to the measurement error, so the error compensation mainly compensates for this. Two errors. Since both of these include Cnb, periodically changing the Cnb value can eliminate these two errors. Therefore, a rotating device is applied to the inertial navigation system to cancel the periodic error by rotation. This is the rotation modulation technology to improve the accuracy of the inertial navigation system. The principle.

Since the error equations of inertial navigation are based on the white noise, in reality, the various noises contained in the output data of the MEMS inertial device will cause interference to the system, resulting in random errors in the calculation results. The random noise in the error of the gyro output value needs to be modeled to compensate, and the Allan ANOVA is one of the most common and widely used methods in random noise analysis. The random errors in MEMS devices are mainly divided into angular random walk, acceleration random walk, quantization noise and zero offset stability.

The Allan method was proposed by David Allan in 1966 and is mainly used to analyze oscillator phase and evaluate frequency stability. The Allan variance can reflect the fluctuation of the average frequency difference between two consecutive sampling intervals. The Alan variance estimation based on phase data and frequency data is

Kalman filtering is a filtering algorithm that estimates the amount of state by obtaining information from the extracted observed signals. Kalman filtering is a real-time recursive algorithm. The processing object is a random object. According to the system noise and the observed noise, the output of the observation value of the system is used as the filter input, and the state quantity to be estimated is taken as the output, that is, through the previous moment. The observations estimate the amount of system state at the next moment, so it is essentially an optimal estimation method.

The traditional extended Kalman filter has a Jacobian matrix, which has the disadvantages of large computational complexity and white noise conditions cannot guarantee the time is established. However, the complementary filtering algorithm can reduce the calculation amount and improve the system measurement accuracy, and it does not need to be under white noise conditions. Can also be established. The complementary characteristics of the gyroscope and the accelerometer in the frequency domain can improve the data fusion precision of the gyroscope and the accelerometer, and achieve high-precision fusion.

Machine neural networks are based on biological neural networks. Neural network is a kind of machine learning. The model parameters are trained through the network system. The neural network is mainly composed of input layer, output layer and hidden layer. From MP neuron and Hebb learning rules in the 1940s, to the Hodykin-Huxley equation in the 1950s, to perceptron models and adaptive filters, to self-organizing mapping networks in the 1960s, neurocognitive machines, adaptive resonance Network, many neural network computing models have developed into a classic method in the field of computer vision, signal processing, and so on, with far-reaching effects.

The neural network has two kinds of forward neural networks and reverse neural networks. Neural networks have parallel processing, distributed storage, high redundancy, non-linear operations, and good fault tolerance. With the development of neural network technology, its application field is also expanding, and now plays a vital role in the fields of inertial navigation and image processing. Neural network algorithms have a wide range of theoretical foundations, including neural network structure models, network communication models, and memory models. The learning algorithm shows that the big data analysis based on neural network algorithm has good performance and application prospects, provides decision-making basis in sensor data fusion, and makes important contributions to the autonomous navigation of unmanned systems. Fuzzy neural network has superior performance in data fusion and data mining. It can make good use of language, and the form of knowledge expression is easy to understand. However, it has the disadvantages of weak self-learning ability and difficult to use numerical information. Therefore, artificial neural network and fuzzy system can be used. Combine.

MEMS inertial navigation technology is widely used in many unmanned systems, such as drones, unmanned vehicles, unmanned ships and robots, due to its small size, low power consumption, light weight and low cost. 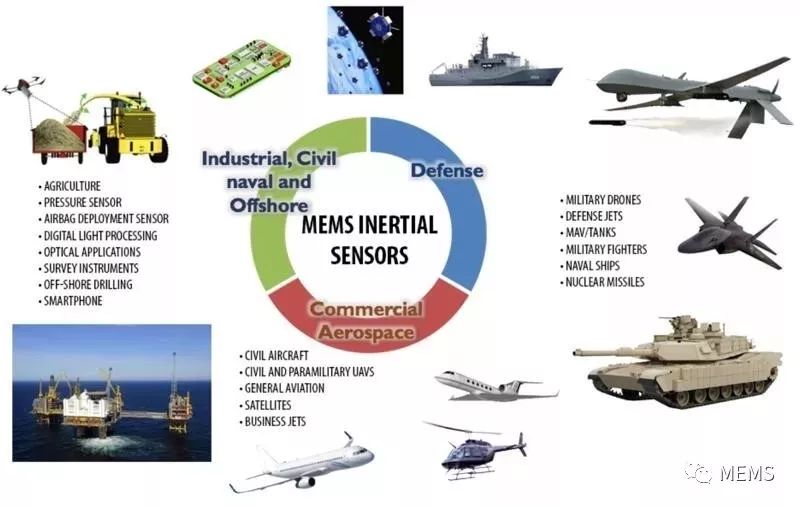 A mobile robot is an automated device that can work autonomously in a fixed or time-varying environment. In recent years, it has been widely used in the fields of service industry, home and industry. Wheeled robots are similar in application to unmanned vehicles, and they collect data through sensors such as vision cameras, MEMS inertial sensors, laser radars, and odometers. Domestic universities such as National Defense University of Science and Technology, Tsinghua University, Shanghai Jiaotong University, Harbin Institute of Technology and other universities have started research on wheeled robots earlier. In the navigation process of wheeled robots with inertial sensors and odometers, MEMS inertial sensors provide precise attitude angles, and most of them are combined with visual odometers and MEMS inertial navigation due to the impact of wheel slip on inertial navigation and odometers. Navigation, by extending the Kalman filtering algorithm for data fusion, thereby improving system accuracy.

Prospects for the development of MEMS inertial navigation