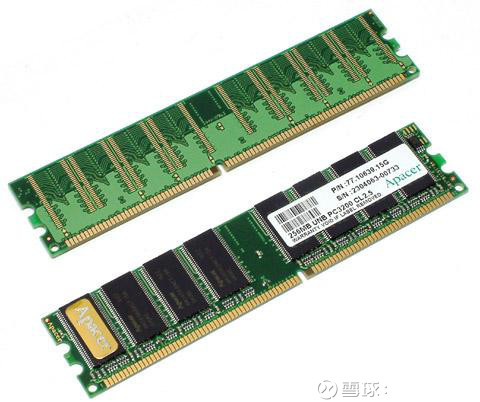 "The trident of Poseidon must be in our hands."

Samsung said in a statement: "The operating profit in the third quarter has been extremely high, mainly due to the continued strong performance of the storage business." Samsung Electronics, which started with mobile phones and TV products, has risen rapidly in the semiconductor business in recent years. . Samsung defeated long-term leading Intel last year and became the world's highest revenue semiconductor manufacturer.

2. On October 30, 2018, the US Department of Commerce released the latest action: Adding Fujian Jinhua Company to the list of entities in the Export Administration Regulations. That's right, the latter is the ban that made ZTE very hurt this year.

In the announcement of this number, the reasons for the ban were also introduced. The original English translation and the translation are as follows:

Fujian Jinhua is about to complete a large amount of production capacity of dynamic random access memory integrated circuits (DRAMs). These upcoming production capacity may be based on technology from the United States, threatening the long-term economic viability of the basic suppliers of the US military system.

“When a foreign company engages in activity contrary to our national security interests, we will take strong action to protect our national security. Placing Jinhua on the Entity List will limit its ability to threaten the supply chain for essential components in our military systems,” Secretary of Commerce Ross said.

"When foreign companies engage in activities that violate our national security interests, we will take strong actions to protect our national security. The inclusion of Fujian Jinhua in the list of entities will limit its ability to threaten the supply chain of our military system's basic components. , "Business Secretary Ross said. 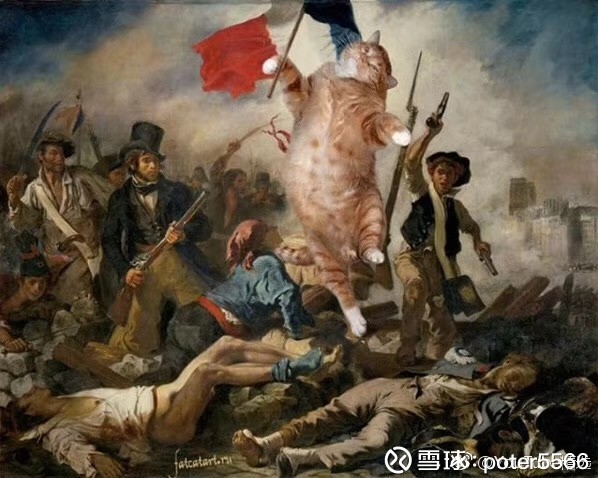 Both of these news are closely related to an industry: the DRAM industry

From the perspective of DRAM history development, after several decades of cyclical cycles in the DRAM field, players have gradually reduced from 40 to 50 in the 1980s to five before the 2008 financial crisis: Samsung (Korea) and SK. Hynix (Korean), Qimonda (German), Magnesium (US) and Elpida (Japan). Later, in early 2009, the third German manufacturer Qi Mengda could not hold it, declared bankruptcy, and the memory players in continental Europe disappeared. In early 2012, the fifth Elpida declared bankruptcy. At this point, there are only three players left in the DRAM field: Samsung, Hynix and Magnesium.

DRAM chips are mainly used in computers, mobile phones and some consumer electronic products. According to relevant statistics, the global DRAM market reached US$56.8 billion in 2017, an increase of 38.0% compared with 2016. At present, the DRAM market is monopolized by South Korea's Samsung, Hynix and the US Magnesium. According to the market situation, according to the data of Jibang Consulting, the market share of Samsung, Hynix and Micron in the DRAM industry in the first quarter of 2018 They accounted for 44.9%, 27.9%, and 22.6%, respectively, which together accounted for 95.4% of the market share. According to OFweek Electronic Engineering Network, Samsung has dominated the DRAM market for many years and has occupied the market for the first time in many years.

The cause of the "three-legged" DRAM market

First, the technical difficulty is high, the research and development cycle is long, and the investment is large:

The memory product has its own characteristics, its design investment is very large, and the development cycle is also very long. The development of DRAM chips is very difficult and is a typical cutting-edge technology product. The technical difficulty of DRAM is that as the semiconductor process is reduced, the capacitor is subject to direct tunneling current and is difficult to be miniaturized, and the capacitance value is also difficult to increase. Some experts predict that 15nm is close to the physical limit of DRAM. If you want to reduce the line width in the future, you have to develop new materials.

With the abbreviation of semiconductor process, the development cycle of DRAM chips has increased. Take Samsung as an example. The 17nm DRAM they are developing is expected to enter mass production next year, but the fastest production time of 16nm DRAM development will also reach 2020. It will become more and more difficult to improve the development of the latter.

Second, the market and process update cycle is too fast:

The demand for DRAM chips in the market is not static. From computers to mobile phones to automobiles, consumer electronics, and smart products, the changes in the DRAM market have made it difficult for small and medium-sized enterprises. DRAM chips from 70nm to 16nm, and then to 10nm, because the thickness of the film can not continue to shrink, it is difficult to improve the cost performance by reducing the size, process innovation is the key to current progress.

Third, the "patent pit" that spans:

For start-ups, patents have always been the ban in the semiconductor industry. Micron Semiconductor and Fujian Jinhua were both unhappy because of patent issues. It is reported that Micron's various self-owned brand products are suspected of infringing Jinhua patents, including 2TB, 500GB SSD and related infringing chips.

Samsung and Hynix have many patents in this field. Samsung developed the world's first 70-nanometer technology to produce DRAM memory chips at the beginning of the last century. At that time, it applied for a patent for this new technology. The giants of the DRAM market, in addition to working with them, the other way is to go beyond the patents they develop, and find another way.

Fourth, the unique factory is the characteristics of this market:

Samsung, Hynix and Micron have their own DRAM memory chip factories, which have their own processes. For many small and medium-sized DRAM companies, there is no factory, it is difficult to guarantee product yield and cost performance. For example, Samsung is 3.5 million pieces per month. Assuming that there is no significant increase in filming, it is necessary to rely on craftsmanship to maintain annual growth. SK Hynix and Micron's craft factories also have their own advantages. In recent years, many companies have established factories in China, but they are all in small quantities, and it is difficult to guarantee the yield of DRAM chips with large capacity.

Fifth, the price of DRAM memory chips is up and down is the norm:

Looking back at the history of DRAM, the market often fluctuates between oversupply and short supply. When the market is in short supply, DRAM suppliers will actively expand their factories and increase their production capacity. When new capacity is added to production, the market will fall into an oversupply situation. DRAM prices will fall rapidly, and the output value of the DRAM industry will not increase or decrease.

Then why is the price of memory chips fluctuating? The same is the semiconductor, the same silicon, why not the other chips? Simply put, the memory chip in the industry is called granules, classified as commodity, can be barely translated into bulk commodities, that is, it is similar to crude rubber, which is a raw material for all products in the electronics industry. Memory chips take three months from filming to production, and factories that produce memory take years to build and billions or even billions of dollars in investment, so capacity and demand can never be balanced. It is rumored that Zhang Zhongmou, a TSMC tycoon, once said that more or less 1% of memory supply and demand will cause the market to skyrocket or plummet.

There are currently three major memory chip bases in China. Ziguang's Yangtze River storage is based in Wuhan. It mainly produces 3D NAND flash memory. It is expected to officially launch a 32-layer stack of 64Gb flash memory next year. There are two camps that focus on DRAM memory chips: Fujian Jinhua (Dedicated to niche memory) and Hefei Changxin (focus on mobile memory).

Fujian Jinhua is an advanced integrated circuit manufacturer jointly established by Fujian Electronic Information Group and Jinjiang Energy Investment Group Co., Ltd., with a total investment of 37 billion yuan. Three months after its establishment, Fujian Jinhua signed a technical cooperation agreement with Taiwan Lianhua Electronics (Taiwan) to develop DRAM-related manufacturing technologies. In the first wave of “Taiwan Semiconductor Waves” around 1990, UMC was involved in the production of DRAM memory particles. Although the impact of the 2008 financial crisis on UMC has declined, Taiwan has long been a world leader in the development and application of semiconductor technology.

The company built a 12-inch memory fab production line in Jinjiang City, Fujian Province, developing advanced memory technology and process technology, and manufacturing and sales of related products. According to the previously announced development plan, Fujian Jinhua was officially put into production in September 2018. It is expected to produce 60,000 12-inch wafers in a month after production (one wafer is often dozens or hundreds of DRAM chips).

However, as of now, no relevant information has been released. According to the explanation in the project propaganda film of the internal outflow: “Fujian Jinhua directly targets the industry giants such as Samsung Hynix, and strives to achieve the catch-up of the industry-leading manufacturing process through independent research and development.”

From the perspective of all aspects of information, the essence of Fujian Jinhua is the combination of “state-owned assets + domestic and foreign technology”, and the “scale of high-handedness” is taken on the scale.

Hefei Changxin: As one of China's three largest storage chip giants, it is committed to focusing on mobile DRAM memory. Hefei Changxin's DRAM project investment exceeds 7.2 billion US dollars (49.5 billion yuan), the project construction phase III project, the current construction of the first phase of the 12-inch wafer fab, after the completion of the monthly production capacity of 125,000 wafers, Anhui Business Daily This indicates that this capacity will account for 8% of the global DRAM memory capacity. Hefei Changxin's current partner is Zhaoyi Innovation. In October last year, Zhaoyi Innovation announced that it will invest 18 billion yuan to enter the DRAM market. It cooperates with Hefei Industrial Investment Holdings Co., Ltd. with the goal of developing DRAM memory of 19nm process.

On July 16, 2018, Hefei Changxin released the first 8Gb LPDDR4 DRAM chip independently developed by China, and plans to launch engineering samples by the end of 2018, which is a milestone in the domestic DRAM industry.

According to the plan, Hefei Changxin will launch 8Gb LPDDR4 engineering samples at the end of 2018, and 8Gb LPDDR4 will be launched in the third quarter of 2019. By the end of 2019, the production capacity will reach 20,000 pieces/month. Starting in 2020, the company began planning the second phase of the project, and in 2021 it completed the research and development of 17 nanometer technology.