When we look at the manufacturing process of mobile phone processors, we often see the concept of "using the XXnm FinFET process". So what does this string of numbers and letters represent?

The full name of the FET is a Field Effect Transistor (FET). First, from MOS, the full name of MOS is Metal Oxide Semiconductor Field Effect Transistor (MOSFET). The structure is shown in the figure. The green area on the left side (silicon) is called the source. The green area on the right (silicon) is called Drain, the middle part of the metal (red) is called the gate, and there is a thin layer of oxide (gray) under the gate because the middle is from the top. The following order is a metal, an oxide, or a semiconductor, and is therefore called a MOS.

The MOSFET works very simply. Inside the transistor, electrons flow from the source to the drain through the channel under the gate (as shown in the figure above). The gate acts as a switch that allows the transistor to effectively control the flow of electrons through on/off commands. If the gate wants to control the on/off instruction set, then the gate oxide layer is required to assist. As a dielectric layer, the gate oxide layer prevents electrons from flowing from the source to the drain when "off" and attracts electrons when "on".

The shorter the gate length, the faster the chip can run, because the electrons only need to flow a short distance to operate. In addition, shorter distances mean less energy is required for flow, so mobile processors can achieve greater energy efficiency. In simple terms, the smaller the number before the nm unit, the better!

In addition, the thickness of the gate oxide layer also has a large influence on the operating speed. Although a thinner gate oxide can use a lower voltage to make the gate run faster, when it is in the "off" state, it may also increase current leakage because the oxide layer is too thin. Although the amount of current leakage in a single transistor is very small, this is not a small problem, because for mobile processors, it is usually made with billions of transistors! A small problem multiplied by billions has become a big problem!

FinFET was born, bringing semiconductor manufacturing to a new level

The structure of MOSFETs has been in use for more than 40 years since its inception. For chip manufacturers, it is important to continuously upgrade the technology, and strive to make the gate length as small as possible. However, when the gate length approaches 20 nm and below, the closer the source and drain are, the thinner the oxide under the gate, and the gate-to-current control capability drops sharply, causing "current leakage" (Leakage). problem. On the one hand, current leakage will directly increase the power consumption of the chip, bringing additional heat to the transistor; on the other hand, current leakage leads to circuit errors and signal ambiguity. In order to solve the signal blur problem, the chip has to increase the core voltage, increase the power consumption, and fall into an infinite loop.

Therefore, three professors such as Hu Zhengming, Tsu-Jae King-Liu, and Jeffrey Bokor of the University of California at Berkeley invented the "Fin Field Effect Transistor (FinFET)" to change the original 2D MOSFET. The 3D FinFET, as shown, is called "Fin" because it is constructed like a fin. 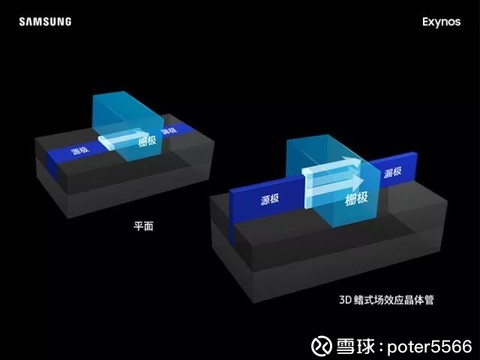 The gate length of the FinFET is already less than 25nm, and 7nm of TSMC has also been mass-produced in the second half of 2018. Due to this breakthrough in conductor technology, future chip designers are expected to be able to design supercomputers to be just the size of a nail. FinFETs are derived from an innovative design of the traditional standard transistor, Field-Effect Transistor (FET). In the conventional transistor structure, the gate through which the current is controlled can only control the on and off of the circuit on one side of the gate, which is a planar structure. In the FinFET architecture, the gate is a fish-like fork-like 3D architecture that controls the switching on and off of the circuit on both sides of the circuit. This design can significantly improve circuit control and reduce leakage, as well as significantly reduce the gate length of the transistor.

In addition to the new structural design, the improved controllability allows the gate to use a lower voltage to switch the switch. By lowering the supply voltage, the slope subthreshold swing from the "off" state to the "on" state can be reduced, allowing the fin field effect transistor structure (FinFET) to be turned on using less energy than the planar structure (MOSFET). Closed, which means more energy saving and longer lasting life.

In addition, the shorter gate length of the 10 nm process means faster on/off switching due to the shorter distance of electrons moving from source to drain. If the channel is compared to a road, the number of lanes is increased by several times in a 10 nm fin field effect transistor structure compared to a 20 nm planar structure, and the length of the path that the electrons need to travel is greatly reduced. The lanes widen and the distance becomes shorter, so when more electrons pass through the channel, the performance will undoubtedly increase dramatically.

Therefore, the current FinFET process enables the highest levels of efficiency and performance.