With the advancement of technology, the huge CRT will go out of the market sooner or later, and replace it with LCD LCD products. Although the pace of the monitor field is slower, the emergence of LCD LCD monitors also confirms the trend of the times. The development of monitors has undergone a great qualitative leap in every process. From black and white to color, the monotonous world of surveillance images is moving towards a colorful, colorful, and realistic image; from flashing to not flashing, bringing health to surveillance staff; then environmental protection from CRT to LCD, I believe This is the ultimate development goal of the monitor.

In the monitor market industry, CRT monitors have occupied most of the market space due to the price and performance limitations of early LCD monitors. However, in recent years, with the rapid development of the market and technology, LCD monitors are rapidly occupying various emerging monitoring applications. Due to the rapid development of LCD monitor applications and the shrinking of the CRT monitor market, CRT monitors are facing the fate of front-end picture tube manufacturers, chip manufacturers, and complete machine manufacturers. It is expected that in the next two years or so, the market will be very It is difficult to find the trace of the CRT monitor. At the same time, the future of LCD monitors will face more challenges. It is believed that LCD monitors will continue to develop in the direction of high definition, high brightness, high contrast, low power consumption, long life, ultra narrow side and low price.

LCD monitors and LCD TVs have a lot of interoperability in the display principle, so the technologies in their respective fields are affecting each other's development. This article will focus on the improvement of LCD monitor technology, focusing on the application challenges of LCD monitors:

The so-called 120Hz technology is actually a technique for multiplying frames of TV image signals, that is, changing the original 50-60Hz field frequency to 120Hz. As we all know, after the LCD TV improves the refresh rate, the tailing phenomenon has been improved, and the high refresh rate can also make the dynamic picture clearer. Since the liquid crystal monitor and the LCD TV are identical in imaging principle, in order to overcome the inherent tailing phenomenon of the LCD, various monitor LCD screen manufacturers have introduced 120Hz field frequency display screens, but the monitor core processor is only 60Hz at the beginning. For the field frequency, in order to achieve compatibility with the 120Hz screen, the frequency multiplication between the processor and the screen is adopted, and the field frequency is changed from 60 Hz to 120 Hz. The processor chip of the new LCD monitor has realized the multiplier function of the field frequency. By inserting the frame mode, the image response time is shortened better than the 60Hz scheme under the premise of ensuring the image effect, and the tailing is reduced. phenomenon. 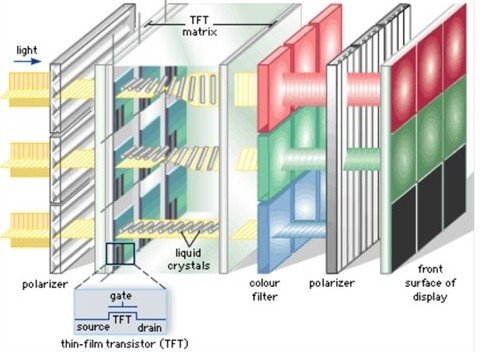 With the advancement of LCD technology, full HD 1920x1080 resolution TVs are becoming more and more popular. In the field of surveillance, the two-megapixel front-end camera outputs full HD 1080P signals. However, the common LCD monitors have only 1366x768 HD resolution. The true full HD experience cannot be achieved, so the current LCD monitor technology also uses a full HD panel with an HDMI interface, which enables full-HD signal point-to-point display. The front-end output device such as camera and DVR with 1080P signal output must be connected to the monitor with HDMI interface to realize high-definition reproduction of the picture on the one hand, and video and audio on one line on the other hand. In the middle of transmission, the construction of the monitoring system is relatively simple.

DID technology is the first company to launch DID (Digital Information Display) technology in 2006. It has become an industrial standard design, which can work continuously for a long time and stable LCD screen (24 hours a day, 365 days a year), can adapt to bad work. A dedicated LCD screen for the environment.

As its unique display technology, it differs from ordinary liquid crystal displays in that it improves the alignment structure of liquid crystal molecules and can be placed horizontally, vertically, and suspended. High brightness, high definition (1080P), long service life, stable operation and low maintenance cost, and its color saturation is high (DID can reach 93%, while ordinary LCD screen is only 72%, reached Higher contrast and brightness, and an extremely long life of 80,000 hours.

The most successful part of DID technology is that the frame is getting smaller and smaller, which is completely suitable for the LCD monitor used in the splicing wall. For the optical seam, it has been from the narrow side of 23mm to the ultra-narrow side of 7.3mm, due to the seam width. The reduction, greatly improving the visibility of the LCD wall, has been closer to the seam width of PDP and DLP. With the improvement of technology, the smallest stitching seam is now reduced to 6.7mm, the optical seam of the LCD monitor is at least 7.3mm, and the horizontal and vertical viewing angles are up to 178 degrees.

Due to the particularity and complexity of the monitors, most of them are mostly all-metal appearance. For some special effects and requirements, they cannot be adjusted. The previous monitor upgrades require special upgrade equipment and complicated upgrade process. Today's LCD In order to solve this problem, the monitor is equipped with a USB upgrade function, just like the USB function of an LCD TV is similar, except that the USB function of the monitor is not for entertainment, but for upgrading the device. The manufacturer only needs to provide the user with the program according to the user's needs. After copying the program to the U disk, the user can quickly upgrade in half a minute by simply operating the remote controller, which is very convenient.

With the introduction of TV LED backlight technology, we have seen that it is superior to CCFL backlights in terms of wide color gamut, ultra-thin, high contrast, and far superior to CCFL backlights in terms of power consumption. Following the boom in LED backlighting in the LCD TV market, LED backlight applications have quietly entered LCD monitors. Industry players hope to bring new business opportunities to LCD monitor products through the launch of LED monitors. However, the price of the LED LCD screen is more than half of the price of the CCFL LCD screen. However, from the perspective of long-term use, the cost of saving the monitor using the LED backlight is also considerable.