The photoelectric sensor is widely used and developed rapidly, mainly because it has the following characteristics:

If the detection distance of more than 10m is maintained in the through-beam type, it can achieve detection that cannot be achieved by other detection methods (magnetic, ultrasonic, etc.).

As the detection principle is based on the detection of light shading and reflection caused by objects, so unlike proximity sensors, which limit detection objects to metal materials, it can detect almost all objects such as glass, plastic, wood, and liquid. 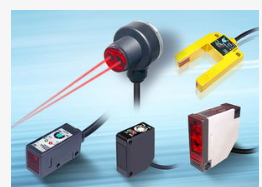 The light itself is high-speed, and the sensor circuits are all composed of electronic parts, so it does not include mechanical working time, and the response time is very short.

The high-resolution can be achieved by focusing the projected light beam on a small spot through advanced design techniques or by forming a special light-receiving optical system. It can also detect small objects and high-precision position detection.

In the type of projected visible light, the projected light beam is visible to the eye, which is convenient for adjusting the position of the detection object.