This article will analyze three major laws of EMC design: EMC cost-effect ratio relationship; the larger the high-frequency current loop area S, the more serious the EMI radiation; the higher the loop current frequency f, the more serious the EMI radiation and the electromagnetic radiation field The strength increases in proportion to the square of the current frequency f; the three factors that cause EMC problems are: electromagnetic interference sources, coupling paths, and sensitive equipment. 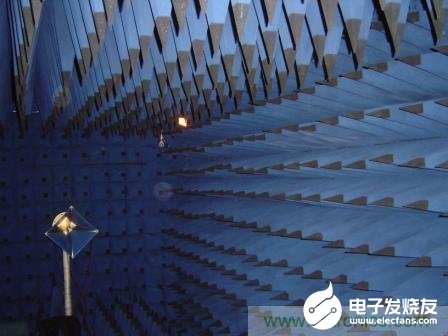 1) Rule 1: The relationship between EMC cost-efficiency ratio: The earlier the EMC problem is considered and resolved, the lower the cost and the better the effect.

Experience tells us that it is the most time-saving and most economical to perform EMC design at the same time as functional design, and pass EMC testing to the prototype and prototype. On the contrary, EMC is not considered during the product development stage, and it is improved after it is found to be unqualified after being put into operation. Defects, unable to implement improvement measures, resulting in products not being marketed.

High-frequency signal current flows through the smallest path of the inductor. When the frequency is high, the reactance of the trace is generally greater than the resistance. The connection to the high-frequency signal is the inductance, and the series inductance causes radiation. Most of the electromagnetic radiation is generated by the high-frequency current loop on the EUT device under test. The worst case is an open-circuit antenna. The corresponding treatment method is to reduce and shorten the connection, reduce the high-frequency current loop area, and try to eliminate any antennas required for normal work, such as discontinuous wiring or excessively long pins of components with antenna effect.

One of the most important tasks to reduce radiated disturbance or improve the anti-interference ability of radio frequency radiation is to find ways to reduce the high-frequency current loop area S.

The following content of this article is to make use of the above three rules to promote early consideration of EMC issues and introduce EMC design and improvement of EMC issues.

Improving EMC issues is like diagnosing disease. If the product does not pass the EMC test, we can only know from the measurement results which frequency points are “exceeded”, and where the electromagnetic interference of these frequencies comes from. It is often the most difficult problem for engineers to find and solve. . Product EMC problems are difficult to say and easy to say.

To improve the EMC problem, first, according to the path and mechanism of EMI, that is, the elements of EMC problem, make some judgments for the circuit principle of EUT (tested samples, the same below), such as IT equipment and AV audio and video The cause of the EMC problem caused by the equipment or the source of internal disturbances is to be inferred first, and then combined with the test chart of the test project to see the essence through the phenomenon, and analyze the cause of the out-of-tolerance.

Radiation interference mainly pollutes the space electromagnetic environment in the form of electromagnetic waves through the shell and connection lines; conducted interference is the disturbance of the public power grid through power lines or other terminals (such as radio frequency terminals, input terminals) to affect connected devices.