Xilinx has completed the butterfly transformation from FPGA device to platform ACAP, which is about to open its new journey.

Recently, Xilinx, an adaptive and intelligent computing company, announced its second-quarter earnings for the 2019 fiscal year. The financial report showed that the company achieved quarterly revenue of $746 million, a 19% increase over the same period last year. This is also 12 consecutive Xilinx. Positive growth was achieved in the quarter.

According to Victor Peng, CEO of Lingsi, thanks to the business needs of 5G networks, data centers and automobiles, the shipment of FPGAs, plus the broad growth base of applications such as artificial intelligence and cloud computing, compared with the previous year's sales. We will increase the revenue growth rate in FY 2019 to approximately 20%. This also means that Xilinx is confident in the strategic transformation of its platform. 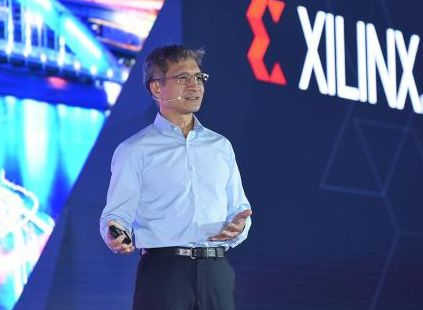 Victor Peng, who has been in office for more than nine months, recently spoke at Xilinx China Developers Conference about the ongoing strategic transformation of Xilinx, saying that Xilinx is advancing data center priorities, accelerating core market development, and driving flexibility. Calculation. “It's like a three-legged chair. The three legs are vital to the integrity of the strategy and are interrelated and exceed everyone's imagination.”

Xilinx was founded in 1984 and pioneered FPGA technology. After long-term development, its product line already covers four series of FPGAs and Zynq SoCs of 45/28/20/16nm, and also provides corresponding development software tools and IP support. It is worth noting that Xilinx has dominated the FPGA market in the 16nm-28nm series.

FPGA (Field Programmable Gate Array) is a kind of integrated circuit. Its characteristics are different from common custom integrated circuit technologies such as CPU and GPU. Users can adjust it through programming language on FPGA board or This field "programmability" is more flexible by replacing the use of this board.

However, with the slowdown of Moore's Law and the development of big data, AI, 5G, automatic driving, etc., unprecedented demands are placed on computing power and bandwidth, and new algorithms and new frameworks emerge in an endless stream. A framework that requires flexibility, because an architecture can't do a lot of data processing on its own, and the cycle of traditional chip design can't keep up with the pace of innovation.

“Like the survival of the fittest in nature, the system that is flexible in the digital world is the most sustainable.” Victor Peng believes that the platform transformation of Xilinx is the general trend. The launch of the "big killer" - Adaptive Compute Acceleration Platform ACAP (ACAP) is of great significance to Xilinx, followed by the first two Versal and Alveo chip products in China to accelerate the acceleration of artificial intelligence and data center applications. series.

The emphasis on the data center market is considered by the industry to be the intention of Xilinx to replicate NVIDIA's success. In recent years, NVIDIA has relied on the GPU business to generate significant revenue growth in the data center and AI market. Of course, Xilinx’s move also indicates that it wants to get rid of the development of FPGA devices as soon as possible. The choice of platformization path is the inevitable realization of the scale development of the company's business. In addition, the selection of the first release of the ACAP series in the Chinese market also reflects Xilinx's emphasis on the Chinese semiconductor consumer market.

Built on TSMC's 7nm process technology, Versal is a platform-level product for all applications and for all developers, with a sense of diversity and versatility. The product includes six families of devices with a unique architecture that provides scalability and AI inference for a wide range of applications in different markets, including cloud, networking, wireless communications, and even edge computing and endpoints.

The release of Versal is significant to Xilinx. "This means that Xilinx is no longer a pure FPGA company, but a platform company." Victor Peng stressed that Versal is not a product upgrade for FPGAs. We call it a brand new product category, which is not the name of a brand, nor an FPGA.

According to Victor Peng, ACAP is a new computing platform, and its development will take more time to popularize. The launch of Versal does not mean that Xilinx will abandon the scalable processing areas such as FPGA and Zynq. Instead, it will continue to advance the development of this market. He believes that most people in the industry are still unclear about what the ACAP platform is. "But you can think of Versal as the Swiss Army Knife in the SoC world. It inherits the advantages of CPU, GPU and FPGAs that can be used for data center acceleration.

Victor Peng revealed that Versal has invested more than $1 billion over four years of research and development, and more than 1,500 software and hardware engineers are involved. It is suitable for applications in multiple market segments, such as automotive, industrial, scientific and medical, aerospace and defense, audio and video and broadcast, and even consumer electronics. It is reported that the product will be streamed in 2018, but the official large-scale market will be in the second half of 2019.

In response, Xilinx has introduced a powerful accelerator card, Alveo, to dramatically improve the performance of industry-standard servers in the cloud and local data centers. It has the advantage of being deployed close to the server CPU location, providing a platform approach to the application developer ecosystem that enables them to develop and deploy accelerated solutions using familiar environments. This technology highlights the flexibility and flexibility that Xilinx brings to the data center.

For machine learning, Alveo Accelerator Cards infer real-time throughput 20 times higher than high-end CPUs. Compared to high-end GPUs and other fixed-function accelerators, the performance of low-latency applications below 2 milliseconds can be improved by more than 4 times. In addition, Alveo Accelerator The card can reduce latency by a factor of 3 relative to the GPU, providing significant performance benefits when running real-time inference applications. Some applications, such as database search, can be fundamentally accelerated, with performance that is more than 90 times higher than CPU.

Moreover, Alveo has been widely supported by the ecosystem of partners and OEMs. The applications developed by 14 partners can be deployed immediately. For example, domestic Huawei, Alibaba Cloud, Inspur, etc. have been launched based on Xilinx. Accelerate the program.

Taking Huawei as an example, through cooperation, the FPGA acceleration solution for online and offline collaboration is realized. Taking video codec as an example, 40% of bandwidth and storage space can be saved in the online video broadcast service scenario, bringing customers a pole. Great value.

In addition, Ali Group uses Faas to improve efficiency and save costs. The Ali Group X project saves 40% of TCO cost per 1,000 FPGAs.

As a new force emerging, Xilinx's ACAP also attaches great importance to the construction of ecology. Xilinx said that ACAP will not replace all GPUs, but there will definitely be more and more applications and ODM vendors will adopt this flexible platform.

The introduction of the Alveo Accelerator Card further advances Xilinx's transformation to the platform company, enabling the growing application partner ecosystem to accelerate innovation faster than ever before.

It is not recommended for startups to make cores

For the moment, AI chips have become "dangerous fried chickens", such as BAT, Huawei and other companies have entered the cross-border AI chips, and Intel, NVIDIA, MediaTek and other chip giants are also increasing investment. Victor Peng said that the influx of so many technology giants indicates that it is currently in the early stages of the AI ​​revolution, and various industries are looking for different solutions. "In this arena, Xilinx's real competitor is NVIDIA."

Victor Peng talked about thinking about the industry. "I don't recommend small businesses and start-ups to develop their own chips and do what they are good at. In fact, they can study in specific areas (algorithms and frameworks) and applications. Levels to create more value; or use the Versal platform to develop specific applications, rather than spending hundreds of millions of dollars or even years to develop chips from scratch."

He mentioned Shen Jian Technology, a Chinese AI startup company acquired in July this year. “I developed AI based on Xilinx products two years ago, so the results can be quickly applied to the Versal platform after being acquired. The core of Shenjian Technology is DPU and neural network compression and compilation technology. The technology's Versal platform adapts to different precisions and different bit widths, and the delay is greatly reduced."

“How many startups have succeeded in doing ASICs (specialized custom chips)?” Victor Peng believes that designing AI chips currently requires 16nm or even 7nm processes, and the capital investment required is huge and the risks are very high. Big. Large companies have relatively many advantages. ”

From opening the door to the FPGA, to the evolution of SoC, MPSoC, and RFSoC chips, to the world of ACAP, Xilinx has completed the butterfly change from FPGA device to platform ACAP, and will also open a new journey for Xilinx.