Automotive grade metallized polypropylene film devices operate at temperatures up to +125 ° C, making them suitable for hybrid and electric vehicles. 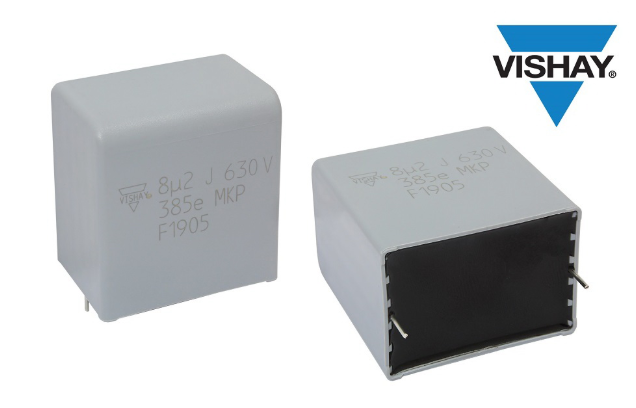 The MKP385e series offers eight voltage ratings from 400 VDC to 2500 VDC. Capacitors with a rated voltage below 630 VDC adopt a single structure, and above 630 VDC adopt a series of thin film structures. Capacitors are rated from 0.001 µF to 15 µF, with ESR as low as 4 mW, and ripple currents up to 19.3 A. The device is RoHS compliant and Vishay can customize it as required.

The MKP385e series is now available for sampling and mass production, with lead times of 10 to 13 weeks.