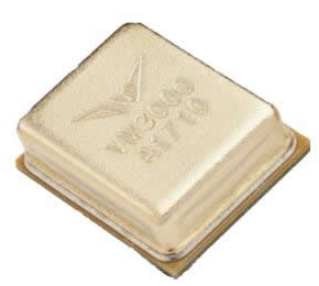 “The VM3000 is our first digital microphone that will enable our piezoelectric MEMS microphones to serve a wider range of applications and can be used with almost any audio chip. For large arrays, large systems and lots of RF interference The VM3000's strengths are particularly strong," said Vesper CEO Matt Crowley. "This proves that Vesper is able to develop complex high-performance application-specific integrated circuits (ASICs) to match our breakthrough piezoelectric MEMS technology."

As the industry's first digital piezoelectric MEMS microphone, the VM3000 is the most powerful and reliable MEMS microphone available for consumer products. It is waterproof, dust-proof, particle-resistant and shock-resistant, so it stays up and running without fear of flooding, dust, exposure to dust particles or falling. Whether acting as a stand-alone microphone or microphone array, the VM3000 is a microphone that can withstand harsh environments and provide rich acoustic performance.

The VM3000 is available in an industry-standard 3.5 mm x 2.65 mm x 1.3 mm package and is compatible with reflow soldering processes without compromising device sensitivity. The VM3000 currently offers bottom-in sound, with ultra-fast start-up times below 200 microseconds and sleep mode power consumption of only 2 microamps (uA). The VM3000 is now sampling in volume and is scheduled to begin mass production in the fourth quarter of 2019.