The Korea Advanced Institute of Science and Technology announced that a team led by Professor Park Hyo-hoon of the Department of Electrical Engineering has developed a silicon-based optical phase-controlled array chip. A core chip for three-dimensional image sensors that can be used as an "eye" for autonomous vehicles, drones, and robots. In the future, the chip can also be installed on a smartphone to enhance various functions of the smartphone, such as face recognition and augmented reality (AR). In addition to the functions of the 3D image sensor, it can also acquire 3D image data in a specific direction and wirelessly transmit it, thereby enabling unlimited communication of image information between high-resolution and high-capacity electronic devices.

Silicon-based optical phased array (OPA) chips have been the focus of the next generation of LiDAR, a three-dimensional image sensor using lasers. The chip is based on silicon, small size, electrically controlled light direction, can achieve horizontal scanning, but at present it is technically difficult to change the laser wavelength to achieve vertical scanning.

The photosensitive unit in the image sensor generally uses a photodiode to convert the photoelectric signal. The photodiode is capable of generating a current signal after being exposed to light, and the intensity of the current is proportional to the intensity of the illumination. The three-dimensional image sensor adds distance information having a cube effect to a two-dimensional image such as a photo to be recognized as a three-dimensional image. It serves as the core part of the eyes of various electronic devices, such as self-driving cars, drones and robots, requiring accurate object distance information.

With the advent of artificial intelligence and the Internet of Things era, image sensors have been segmented into a number of highly dynamic and growing semiconductor segments. Especially in the fields of automobiles, security, industrial control, etc., there is room for improvement. For example, the introduction of CMOS sensors has significantly improved the sensitivity and overall quality of smart cameras, enabling them to enter the mobile phone market and become the main driving force for subsequent growth. Global sales of CMOS sensors are expected to reach $19 billion by 2022. The development of CMOS sensor technology has enabled the machine vision industry to adopt more cost-effective sensors. 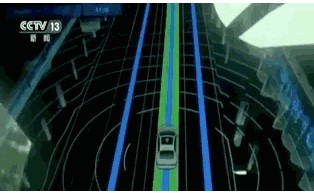 The 3D image sensor will have it as a core part that acts as an eye for various electronic devices, providing accurate distance information between objects while recognizing objects.

The core chip of the 3D image sensor is small in size and high in technology, which not only captures depth information quickly and accurately, but also adds distance information (such as cubic effect) to a 2D image (such as a photo) so that the 2D image is Recognized as a three-dimensional image to make the amount of information of the image larger. The chip is characterized by electric control of the direction of light, durability, and small size is a bright spot, can be made into the same size as the eye, further promote the miniaturization of the three-dimensional image sensor, into a more abundant application scenarios.