In 2017, Samsung announced that it wants to enter the field of foundry, and the market share of foundry in the next five years will reach 25%. At that time, it was impossible to think that it was "opening the mouth".

According to the current situation, it is necessary to re-examine Samsung and find that it may be necessary to correct the previous understanding, because Samsung's power is also unparalleled. 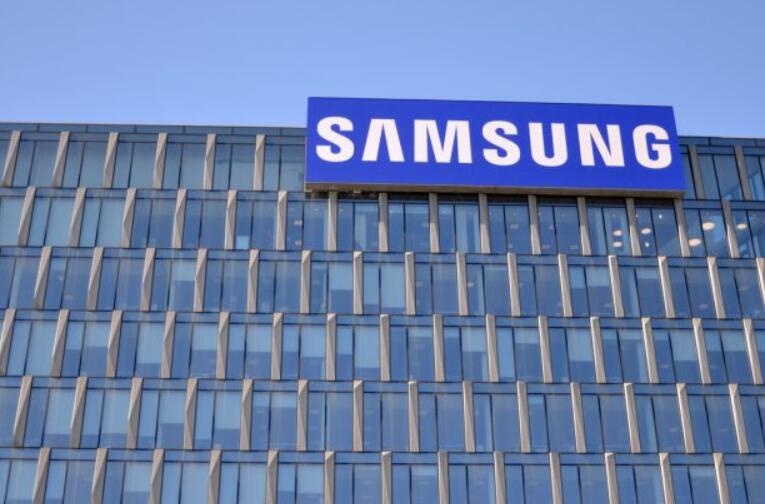 Obviously, Samsung's foundry is not strong enough at present. In order to compete with TSMC for Apple's A12 orders, it is taking a lot of risks. First, it is involved in 7nm EUV technology. Despite Samsung’s failure to do so, Apple’s order is still exclusive to TSMC, including Qualcomm’s latest top-of-the-line mobile chip, the Snapdragon 8150, which may be transferred to TSMC. However, according to Samsung’s style, it will definitely fight back in its 2019. After the second-generation 7nm EUV process was put into production, it was re-determined with TSMC.

Even Zhang Zhongmou admits that its real opponent is Samsung, like a "gorilla" weighing 700 pounds.

The advantage of Samsung is that its terminal electronic product chain is complete, including panels, batteries, mobile phones, household appliances, etc., plus the global memory leader, the profitability and capital in the past two years, coupled with the style of the company, the executive's execution is strong. And the top talents who are good at collecting the world. So Samsung’s determination is usually successful.

Samsung OEM's strategy to expand its market share is to actively pursue advanced process technologies, including 7nm, 5nm EUV and back-end processes. It is well known that the competition for global foundry is to compete for orders from top customers including Apple, Qualcomm, and Huawei. Although it is very difficult to "extract teeth" from TSMC's tiger mouth, it can at least restrain the situation of TSMC's dominance. Usually, the orders of big customers will not risk "the eggs are in the same basket"; the other is to grab a lot of In the foundry, low-end orders, do not hesitate to cut prices by 20% to occupy the market.

It will generate price pressure for SMIC, etc.; and then it will rapidly expand the self-use ratio of the chip.

At present, Samsung foundry has three factories, namely the S1 plant in Giheung, South Korea, the S2 plant in Austin, Texas, and the S3 plant in Hwaseong, South Korea.

In February 2018, Samsung announced a $6 billion investment in a new semiconductor plant on the outskirts of Seoul. Plans to expand the foundry business. In addition to competing with TSMC, the move also has the purpose of responding to fluctuations in the semiconductor market.

It is reported that the new plant will be completed in the second half of 2019 and will be put into production in 2020. It will mass produce 7nm and below.

But Samsung OEM also has its weaknesses;

1), TSMC is too powerful, there is no pause, or signs of error;

2), foundry is a science that serves customers, Samsung still needs time to learn;

3), Samsung itself is IDM, there are many products, not as good as TSMC, for customers have a technical leak.

AMD, one of the global CPU manufacturers, was split into AMD (a fabless company) and Groffont (GF), a foundry in 2009.

Therefore, from the experience of foundry, GF is a newcomer with certain strength. After another change, it encountered TSMC, and its financial situation has not been very good.

As the process technology enters 7 nanometers, the process shrinkage pattern becomes complicated, and the number of exposures increases, resulting in a rapid increase in the cost of the mask. According to the eBeam Initiative, the average number of mask layers is 76 layers at the 7-10 nm node. Even some manufacturers have reached more than 100 layers.

Therefore, the process routes for each process of the 7nm process are different. TSMC still uses the 193i for four-shot exposure (4P4E) to capture the market. However, when it comes to the second-generation 7nm process, EUV will be used in some Layers.

Samsung's 7nm technology was put into trial production in October 2018. Unlike TSMC, Samsung no longer uses the 7nm process of multiple pattern exposure technology for immersion lithography, but decides to take the risk of directly launching EUV technology to show the difference with TSMC. It is understood that Samsung will use EUV for 8-10 layers in 7nm.

In this competitive landscape, due to the significant increase in cost costs, the global 7nm process customers have basically been fixed, GF can not compete with TSMC and Samsung, so the 2018 GF announced the withdrawal of the 7nm competition is expected.

Coupled with the recent negative news of GF, first, the Chengdu joint venture plant broke the 130-nanometer production line, and after the explosion of engineers, the Korean media once again broke the news. ATIC, its major shareholder of Abu Dhabi Investment Fund, intends to package the GF shares. Samsung.

According to South Korean media BusinessKorea, the original Abu Dhabi Investment Fund plans to package the shares of A-core held by ATIC to Chinese buyers. However, due to the unpredictable Sino-US trade war situation, semiconductor transactions may be hindered by the United States, thus turning The Korean semiconductor industry is looking for buyers, and it is reported that it is very likely that the final buyer will fall in Samsung.

According to the report of Tuoba Industrial Research Institute and IC Insights research and development organization, in the global OEM market ranking, TSMC's market share is as high as 56% to 60%, grid core is about 9% to 10%, and UMC is 8.5% to 9%. Samsung is between 7% and 7.5%. If Samsung can eat the grid core, and the foundry department is independent, the market share may reach more than 20%, and it is not far from achieving its foundry dream of 25%.

Samsung is the world's memory leader. In 2017 and 2018, the price of Yangshao Memory has risen sharply. Its sales have surpassed Intel's first place. Now it has to get involved in foundry, and it is raging. It is undeniable that the global semiconductor industry is standing on its feet. Intel, TSMC and Samsung, each with their own strengths, will be very competitive.

In the future, the global OEM pattern will change. Grofand and UMC have already withdrawn from high-end competition, which may result in only the TSMC and Samsung in the first camp. Although SMIC and others will continue to follow up, TSMC’s status as a leader may be difficult to shake.

Mergers and acquisitions are one of the most important means for a company to succeed and grow. It is believed that Samsung will achieve the goal of 25% of the foundry market. Mergers and acquisitions may be the right choice. At the same time, it proves that the pattern of “bigger Evergrande” in the global semiconductor industry is more effective.