GlobalFoundries and Everspin jointly announced that the two parties have reached a new cooperation that will use the GF 12LP (12nm FinFET) process to manufacture a new generation of STT-MRAM (spin transfer torque reluctance memory), including independent MRAM chips and embedded eMRAM. 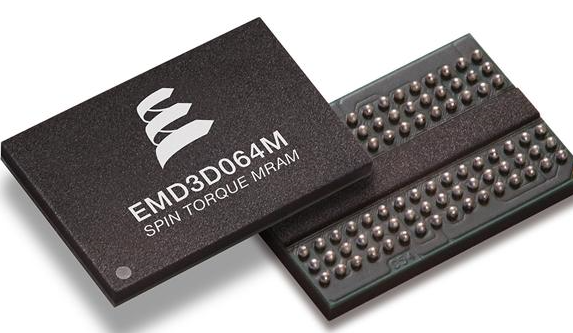 MRAM is a kind of non-volatile storage, and its prospects are widely optimistic. Industry giants such as Intel, IBM, TDK, Samsung, and Seagate have been researching for many years. The read and write speed can be comparable to traditional memory such as SRAM and DRAM. It is non-volatile, that is, it can save data when power is off. It combines the advantages of traditional memory and flash memory. STT-MRAM further implements data writing through spin current. It has a series of advantages such as simple structure, low cost, small loss, and fast speed. However, it is difficult to increase the capacity density. Therefore, it is temporarily unrealistic to replace memory and flash memory, but it is very suitable. Used in various embedded fields.

Just a few days ago, the GF 22FDX process successfully trial-produced eMRAM, which can work for 100,000 cycles at -40 ° C to 125 ° C and the data can be retained for up to 10 years. Further upgrading to 12nm naturally helps to further increase the capacity density of MRAM and continue to reduce costs, especially with the increase in MRAM chip capacity, more advanced processes are urgently needed. The GF 12nm process includes two versions, 12LP and 12LP +. Although it is not advanced, it also has a wide range of applications. It is especially suitable for controllers and microcontrollers. Plan to add eMRAM to improve performance, reduce latency, and improve QoS.

Although you may feel that you haven't seen MRAM, Everspin claims that it has shipped 125 million MRAM chips to more than 100 customers. It also cited a report saying that independent MRAM chip sales could reach $ 4 billion by 2029.