According to sources, Japan's Mitsubishi Electric Corporation announced that it has developed the world's first sensor-safety technology. The technology embeds a proprietary algorithm in the sensor fusion algorithm, and its sensor fusion algorithm combines multiple sensors to measure the automatic control system of the drone, vehicle equipment, production equipment, etc., and then detects whether the measurement data is consistent. In this way, it is determined whether the device is hacked. In the future, the company hopes to continue to develop the technology and commercialize it from 2020. 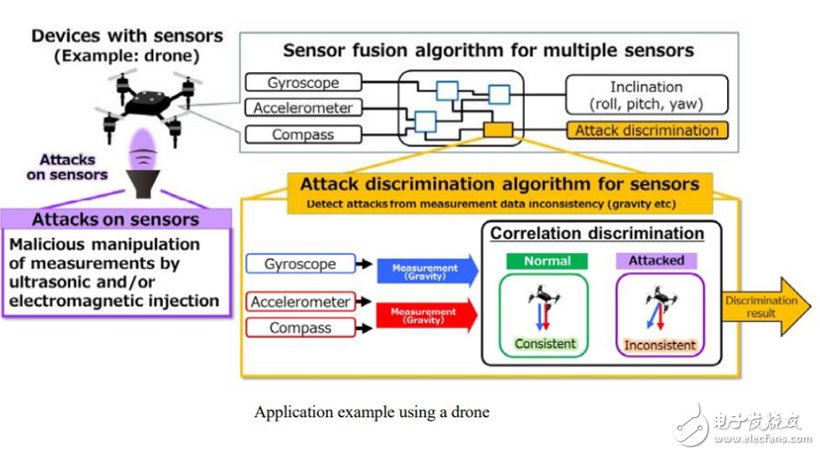 Key features of the new algorithm include detecting malicious attacks on devices based on more than 42% inconsistencies in the measured data. For example, if the drone is subjected to an ultrasonic attack, the magnetic value or gravity of the earth can be calculated in two ways by using the intermediate value in the sensor fusion algorithm. If the results of the two methods are different, the data is considered inconsistent. In addition, the new algorithm can be used as additional software for existing sensor signal processing circuits without the need to add or modify hardware, not only the accuracy of sensor measurements, but also low cost.

Sensor-based automatic control systems are becoming more common in everyday applications such as drones, in-vehicle equipment, and production facilities, while also increasing the need for network security countermeasures. This type of sensor security technology can measure the inconsistency of measurement data when a device is subjected to a malicious attack and can play a key role in industrial and commercial applications.