The sales scale and growth rate of the global semiconductor materials market in 2005-2017 are shown in Figure 1 [1].

1.2 Regional distribution of the global semiconductor materials market in 2017 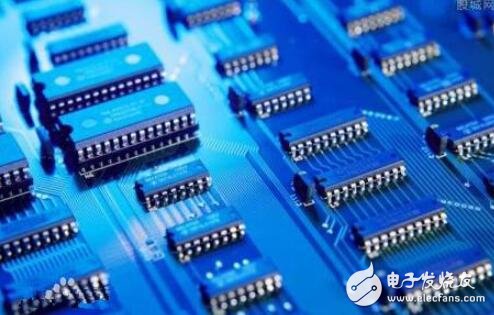 From the global sales of silicon wafers in recent years, the sales of global wafers in 2015 and 2016 were only US$7.2 billion and US$8 billion, respectively, and surged to US$8.7 billion in 2017. The reason is not only the increase in wafer shipments, but more importantly, tight supply has caused prices to rise.

2.1 The global production capacity of silicon materials is slow, the contradiction between supply and demand is increasingly prominent, and prices are rising.

Since the second half of 2016, as the global semiconductor market continues to improve, large-size silicon wafers are in short supply. The rapid growth in demand for 12-inch silicon is mainly driven by memory (including DRAM and NAND Flash), logic chips such as CPU/GPU, and smartphone baseband chips and application processors (APUs). 8-inch wafers have benefited from a significant increase in the chip market for IoT, automotive electronics, fingerprinting, wearables and CIS (CMOS image sensor), and supply of 8-inch wafers has been tight since the second half of 2016.

In short, the current global supply of silicon wafers is mainly due to the following four main factors.

Second, Samsung, SK Hynix, Micron/Intel, Toshiba and Western Digital/SanDisk and other storage giants are accelerating the expansion of 3D NAND Flash and DRAM, which is driving the demand for 12-inch silicon.

Third, the market for chips such as the Internet of Things, automotive electronics, CIS (CMOS image sensor) and intelligent manufacturing control is booming, driving the rapid growth of the 8-inch wafer market.

At the same time, as can be seen from Figure 5, the 12-inch silicon wafers accounted for 63% of the global wafer market in 2016, and it is expected that this proportion will further increase to over 68% by 2020. At the same time, the proportion of 8-inch wafers in the overall wafer market decreased from 28.3% in 2016 to 25.3% in 2020. However, in fact, shipments of 8-inch wafers will continue to increase during this period, but the market growth rate will not be able to keep up with the 12-inch wafer. Shipments of silicon wafers of 6 inches and below are relatively stable, and the proportion of the wafer market is gradually decreasing.

In recent years, the global wafer market has been dominated by Shin Etsu, Japan, SUSCO, Siltronic, Sun Edision (formerly MEMC), South Korea's LG Silitron, and Taiwan's World Wafers. ) The monopoly of six silicon giants. More than half of the world's silicon wafer production capacity is concentrated in Japan. And the larger the size of the silicon wafer, the more serious the monopoly. For example, in 2015, the six silicon vendors not only controlled 92% of global wafer shipments (see Figure 6), but also included 97.8% of global 12-inch wafer sales.

In September 2016, Taiwan's Global Wafer acquired US SunEdision (formerly MEMC) for US$683 million, making it the third-largest supplier of silicon wafers in the world. In May 2017, Global Wafer acquired Topsil, a Danish silicon material company, for RMB 320 million. In early 2017, SK Hynix of South Korea acquired LG Siliton and changed its name to SK Silitron. By the end of 2017, the market share of the top 5 semiconductor wafer suppliers in the world is shown in Figure 7.

Global Wafer has a number of complete semiconductor wafer production lines, which can provide silicon wafers, silicon diffusion wafers, silicon epitaxial wafers, annealed wafers and epitaxial wafers. In 2017, global wafer revenues rose to NT$46.2 billion, an increase of 151% from 2016. Operating profit was NT$7.4 billion, an increase of 438% over 2016 and a net profit of NT$5.3 billion. In 2016, it grew by 464%.

In 2017, Global Wafer announced two investment plans to expand its two plants in Japan's GWJ with a total investment of 8.5 billion yen.

The former company of Siltronic was founded in 1968 by Wacker, Germany. In 1994, it was renamed Wacker Siltronic Gmbh. In 2004, it was renamed Siltronic AG. Siltronic is the world's first company to introduce 300 mm silicon wafers. Siltronic's production sites are located in Burghausen, Franberg, Germany, Portland and Singapore.