According to media reports, Alphabet's Google Inc., approved by US regulators, will deploy a radar-based motion sensing device called the Soli Project.

The US Federal Communications Commission said the decision gave a green light to "developing innovative devices that use touch gesture technology, and this new control feature will serve the public interest in the future." 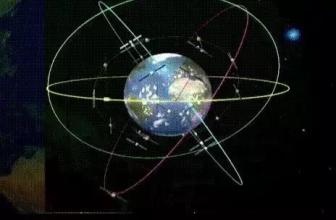 According to the US Federal Communications Commission, Soli sensors use radar beams to capture motion in three-dimensional space, enabling contactless control of functions or features that can benefit mobile or voice-assist users.

According to Google, the sensor allows the user to press an invisible button between the thumb and forefinger, or to virtual dial by rubbing the index finger with the thumb.

The company said, "Although these controls are virtual, the interaction between them is physical and responsive," because feedback is generated by the touch of a finger.

According to Google, the accuracy of virtual tools can be approximated by the natural movement of human hands, and sensors can be embedded in wearable devices, mobile phones, computers and automobiles.

In March of this year, Google asked the FCC to allow its short-range interactive motion sensing Soli radar to operate in the 57-64 GHz band, which meets the standards of the European Telecommunications Standards Institute.

Facebook raised concerns with the US Federal Communications Commission that Soli sensors operate on higher power bands and may coexist with other technologies.

After discussion, Google and Facebook jointly informed the FCC in September that they agreed that the sensor could operate at a higher than currently allowed power level without interference, but below the level previously proposed by Google.

Facebook told the FCC in September that it expects to "develop various use cases for new radar devices, including Soli."

Soli equipment can operate on board aircraft, but must still comply with the Federal Aviation Administration's regulations governing portable electronic equipment.