If you say which technology is the hottest at the moment, I am afraid that it is none other than 5G. Even the hot words like AI and blockchain that drive countless entrepreneurial opportunities will be inferior to 5G.

At the same time, with the orderly completion of the 5G deployment of the three major operators, major mobile phone manufacturers have been gearing up to showcase the latest 5G mobile phones, 5G is getting closer and closer to us. 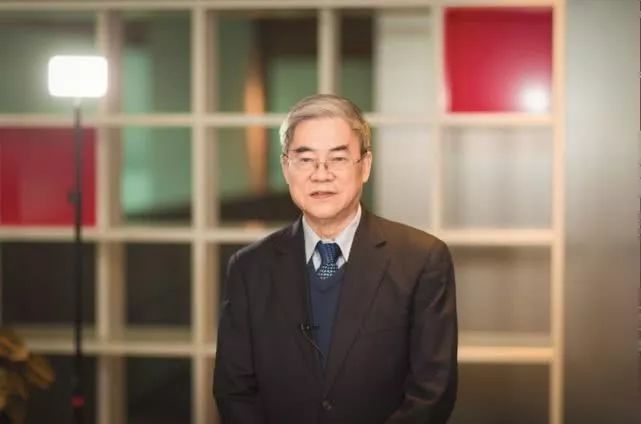 On the eve of the 5G era, Tencent Technology exclusively talked to the Chinese Academy of Engineering academician He Hezhen and had an in-depth conversation on the 5G topic. He also responded to all the hot issues related to 5G.

In the eyes of most users, 5G stands for speed, and the media is often willing to use the title of "5G speed to kill 4G, download 4K movies only XX seconds" to attract readers' attention. But in the view of He Hezhen, 5G definitely means more than just speed.

He Hezhen believes that one of the important characteristics of broadband mobile communication is the data rate, which is the average speed and peak rate of the Internet for users. Considering the maximum traffic density of a cell for the network, it can be said that the speed is only the data rate. a method. “The initial communication was text, then it evolved into speech, and now there is video, which is the specific performance of bandwidth.”

But He Hezhen pointed out that for 5G, the most significant difference from previous generations of communication is the following three characteristics:

Big connection: Can you support more users at the same time, otherwise it will not meet the development needs of the future Internet of Things;

High reliability: It is embodied in industrial applications, such as higher reliability in power grids and high-speed rails;

Low latency: The specific performance of the Internet of Vehicles requires shorter delays and faster response.

Hehe concluded: "Speed ​​is only one aspect of data rate, and the data rate itself is not the only indicator of 5G. So 5G vs. 4G is not only faster, it indicates that more types of services are supported, and the scope of application is more wide."

According to public data, by the end of 2018, the total number of 4G base stations of the three major operators exceeded 3.72 million, of which China Mobile accounted for about half, and China Unicom and China Telecom each accounted for about 1/4. With such a large 4G construction scale, with the advent of the 5G era, some people have raised questions: Will these base stations become a pile of scrap iron?

In this regard, He Hezhen gave a very positive reply: no. From a professional point of view, the base station has some basic components, such as antennas, power supplies in the station, etc. When the 4G base station is upgraded to 5G, these devices do not need to be replaced and can be used continuously. Especially now with the Tower Company, these resources can be integrated and utilized.

In addition, there is also an indoor distribution system for the deployment of mobile communication. This part of the system does not have to be removed. When upgrading to 5G, only need to add some 5G access points.

It will take many years for 5G to start commercialization to reach the current 4G coverage level. In places where 5G has not been covered, users should at least get the original communication capability of 4G, so it is useless after 5G commercial is not equal to 4G network. The two networks will coexist for a long time.

In the middle of 2018, the data released by the Ministry of Industry and Information Technology showed that the total number of 4G operators of the three major operators exceeded 1 billion. Although it sounds very large, due to the existence of “one person registering multiple numbers”, the number of people covered by 4G is far from 1 billion. In the face of this situation, another voice has also been heard: 4G population has not yet achieved large-scale coverage, it is necessary to implement 5G commercialization, is it seeming to be too hasty?

For this kind of questioning, He Hezhen believes that although the 4G network is still gradually improving, from the current business needs, it is a bit difficult under the 4G network conditions, such as 4K TV, 8K TV, etc., the bandwidth required is wider, and the original Some capacity and frequency are not enough. At this time, you must have 5G. Just as we started commercializing at 4G, we wouldn't have imagined that WeChat would develop into the whole media, and short videos were also emerging after the 4G speed-up and fee reduction. As long as the network capabilities are available, various new formats will emerge.

He Heyi specifically mentioned an application scenario: large connections. According to Qi Hezhen, the current 5G target is to support 1 million sensors on a square kilometer, such as the double eight lanes on Chang'an Street. If there are cars crowded side by side, there are dozens of sensors on each car. There may be a lot of sensors in that square kilometer. At this time, 4G can't do it. Only 5G can guarantee that this million sensors will be connected to the Internet at the same time.

In addition, the Ministry of Industry and Information Technology data show that as of the end of 2018, China's mobile users download more than 6GB of traffic a month, and the average monthly traffic of users in 2018 is 2.6 times that of 2017. As a result, the existing 4G network cannot support it. of. Therefore, from the perspective of business needs, it is time to upgrade to 4G. He He stressed that each generation of mobile networks has to work for almost ten years. Although 4G commercialization is only about five years ago, it is impossible to consider 5G in five years. "The 5G did not say that 4G should be removed, it will coexist for a while."

Strength rumors! Does the 5G base station have radiation?

In mid-March, according to foreign media reports, a large-scale protest broke out in Finland. More than 2,300 people signed the petition and asked the Finnish government to completely ban 5G technology. One of the key reasons is that the location of the 5G base station is more than that of the 4G base station. Intensive, increasing the risk of citizens being exposed to potentially dangerous radiation.

Since the construction of 3G, the problem of radiation from the base station has been endless, and many residential communities have also protested to operators, demanding that base stations cannot be deployed. In the 5G era, some users said that "5G is a microwave millimeter wave, and the radiation from a base station will be larger than 4G." For this kind of worry, he is an academician, and he said that the relationship between radiation and human health of mobile communication currently lacks enough data to judge how much impact it has.

From the perspective of the average user, 5G brings more application changes, but is it helpful for the advancement of basic science? Hehe gave a positive answer: "Of course, we are now exploring a higher frequency band. There are many basic research questions. For example, some frequency bands are too sensitive to rain, some frequency bands are sensitive to leaf occlusion, and how to study electromagnetic waves. The spread of this is the subject of 5G.” 5G mobile phone chips require 5nm technology, and future development may require the support of the post-Moore era technology.

On November 9, 2018, Tencent Foundation announced on the occasion of the 20th anniversary of Tencent's founding, Tencent's chairman and CEO, Tencent Foundation founder Ma Huateng, and Peking University professor Rao Yi, together with Yang Zhenning, Qi Hezhen and other scientists Co-sponsored the establishment of the "Scientific Exploration Award", Tencent Foundation invested 1 billion yuan in start-up funds to fund the award.

As one of the co-founders of this award, He Hezhen also talked about his original intention, that is, he hopes to help some experts who are engaged in basic research so that they can no longer be interfered by the actual treatment, and can better stimulate more young people to invest. Go to basic research work.

At the end of the conversation, He Hezhen also gave his own message: "The research in the communication industry has become a group behavior. It is not something that one can do. It requires team spirit. It is not a matter of personal cleverness. At the same time, young people must constantly learn new technologies and new knowledge, otherwise they will fall behind."